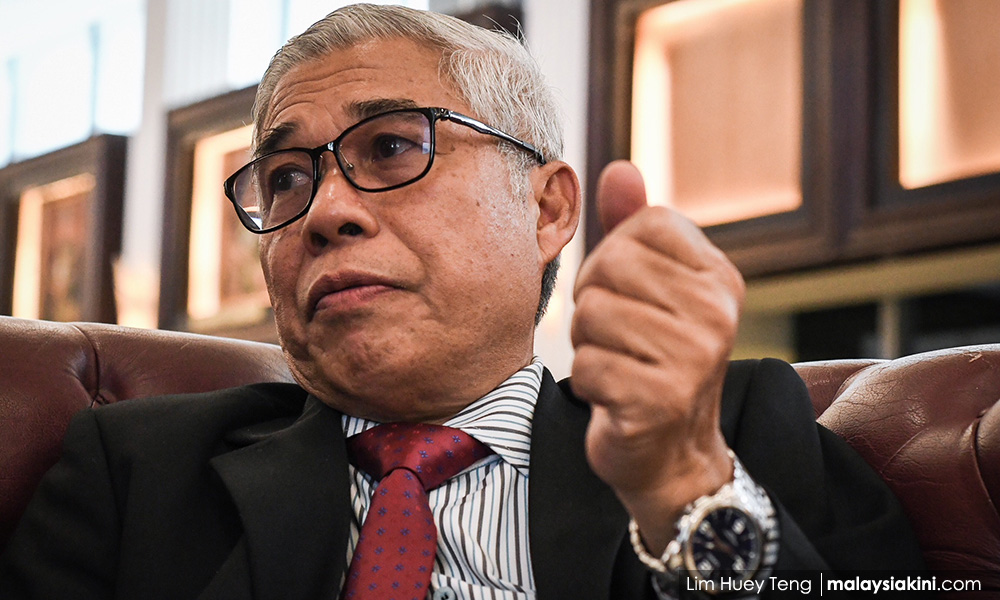 Pasir Gudang MP Hassan Abdul Karim today reminded police of a moratorium on the use of the Sedition Act 1948.

This is after police last night arrested PSM activist Khalid Ismath under the Sedition Act over his purported Twitter posts that were critical of Raja Permaisuri Agong Tunku Azizah Aminah Maimunah Iskandariah.

"The Pakatan Harapan government has promised to abolish the Sedition Act.

"The moratorium or suspension of the Sedition Act should be executed ahead of the abolition," Hassan said in a statement.

The PKR lawmaker urged Prime Minister Dr Mahathir Mohamad and Home Minister Muhyiddin Yassin to take the appropriate action to ensure that the Harapan government complies with its manifesto promise.

He also urged inspector-general of police Abdul Hamid Bador to give instructions for Khalid's immediate release.

This morning, Tunku Azizah had also expressed unhappiness at the arrest of her critics.

"I'm truly upset that police have detained those people. Throughout the years, my husband and I have never made any police report on bad things said about us.

"It's a free country," she had said in a Twitter posting.

In a statement, DAP supremo Lim Kit Siang also called on police to release all who have been arrested under the Sedition Act, calling the arrests "indefensible".

"The police must free all arrested under the Sedition Act as the Harapan government has promised to revoke it under Promise 27 of the Harapan 14th general election manifesto.

"All police and civil service personnel should familiarise themselves with the Harapan 14th general election manifesto to know the spirit, philosophy and direction of the Harapan government even though laws and policies have not yet been changed so that they would not act in open opposition of the Harapan pledge for a New Malaysia," said the Iskandar Puteri MP.

"The practice of night arrest for an alleged offence which is political in nature is nothing more than intimidation by the Royal Malaysian Police.

"Khalid's track record of providing full cooperation with any police investigation makes it absurd for the investigating officer to detain him overnight.

He also reiterated calls to abolish the Sedition Act.

"The failure to maintain a moratorium and abolish the Sedition Act and the current turn of events will serve as another stain on Harapan’s reputation as an administration that is seeking to reform Malaysia," he said.

In October last year, Putrajaya announced a moratorium on the Sedition Act pending the abolition of the law.

However, in December, the government said the Sedition Act may still be used in selected cases involving national security, public order and race relations pending the introduction of new laws.

The government has indicated that it will incorporate some offences in the Sedition Act into the Penal Code when the British-era law is abolished.

The Sedition Act is seen as draconian as it does not consider the "intent" of an accused when determining whether someone is guilty of sedition.