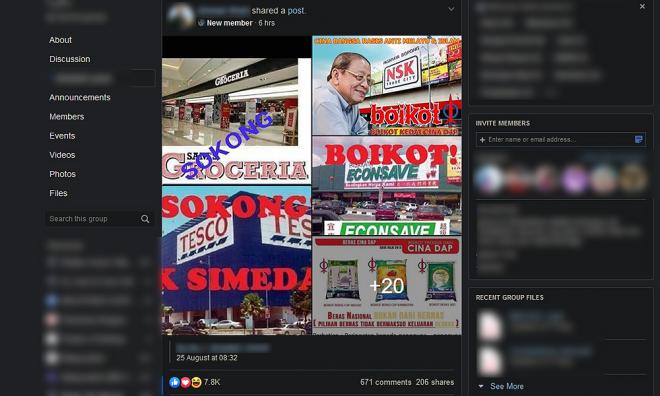 COMMENT | The MTUC has asked workers not to support the call by certain groups to boycott non-Muslim products as it is based on racial and religious sentiments, which is unhealthy for the nation.

Instead, the National Labour Centre has asked them to support all Malaysian products for the healthy development of Malaysia.

We agree with the groups encouraging the use of halal products by Muslims as it is in line with the Islamic principles. It is also acceptable to encourage Malaysians to focus on bumiputera products.

However, it should not be at the expense of boycotting other local products.

What we strongly oppose is the overdrive by certain groups, including politicians, who use racial and religious attempts to poison the minds of the consumers by asking them to boycott products and services by a certain community.

Any such campaign will not only affect national unity adversely but will also result in workers losing out across the board and from all races and religions.

This will also affect Muslim workers who are merely earning a living by working for firms which make products which meet the requirements set by national and religious guidelines.

Any attempt by groups and politicians using this mode of campaign should be rejected by all Malaysians, especially if the focus is on race and religion. This will indeed cause provocations which are unhealthy.

MTUC urges consumers not to be victims of certain quarters who, in their political ambitions, do not care about the welfare of workers by using methods that do not make sense.

We champion the cause of all 15 million workers in the country irrespective of race and religion and they are the pulse of the industrial and services sector of the nation.

What they need now is help to get higher wages, better welfare and humane working conditions and our focus will only be on this.

Our job will be made difficult by these kinds of activities as they will have an impact on their employers.

Therefore, we hope workers will not buy this sort of sensational campaigning which, we believe, is aimed at raising hatred.

Any boycott that has narrow racial interests will affect foreign investments, resulting in investors boycotting Malaysia. This will directly affect jobs in Malaysia and the future of the rakyat.

This boycott must be opposed for the progress and future of Malaysia which is for all races and religions.