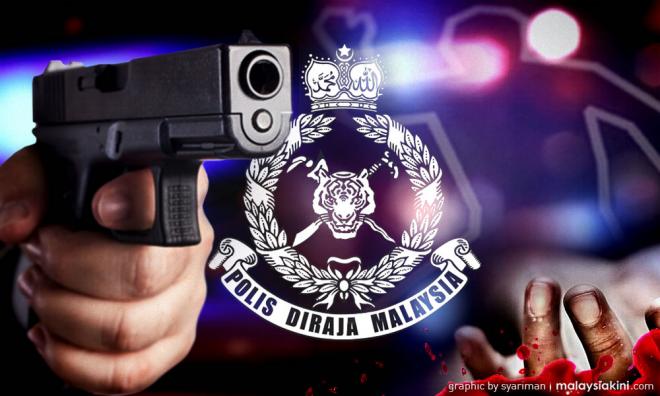 Police have launched a manhunt for two men suspected of being involved in an armed robbery that resulted in the death of an elderly woman in Jalan Tun Fatimah 2, Kangkar Tebrau, Johor Bahru last night.

Johor police chief Mohd Kamarudin Md Din said the manhunt for both suspects was carried out after police received a report of the incident from the public at 8.57pm.

“In this incident, the two suspects attempted to rob a house resided by six men by firing two shots in which one of it hit an occupant of the house.

“The two suspects failed in their robbery attempt as the occupants fought back before they fled from the house and fired two more shots when they realised they were being chased,” he said in a statement here today.

However, he explained, the fourth shot was believed to have hit a 78-year-old woman’s frontal right-side of the head while she was resting on her front yard.

Mohd Kamarudin said the two suspects then escaped by stealing a Honda EX5 motorcycle from a bystander after pointing the gun at the man.

He explained that the woman was pronounced dead at Sultanah Aminah Hospital here, while the 18-year-old occupant who was shot on the right leg was treated at the same hospital.

“Hence, the police are working on identifying the two suspects and the case is being investigated under Section 302 of the Penal Code for murder and as well as under Section 3 and 4 of the Firearms Act (Heavier Penalties) 1971,” he said.

According to Mohd Kamarudin, the case is an armed robbery case and did not involve racial issue.

The public was advised not to make any speculation about the incident while those with information on the case were requested to go to the nearest police station to assist in the investigation, he said.