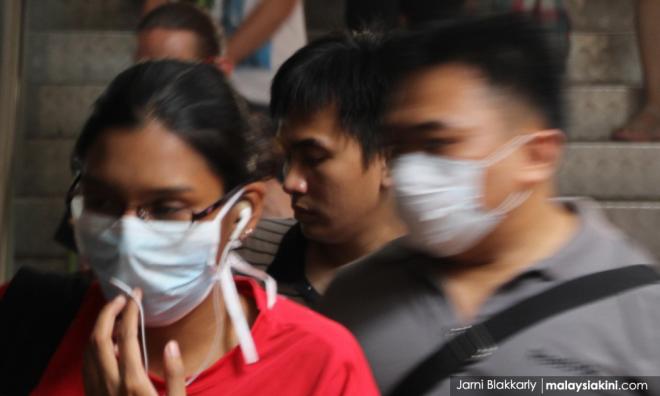 Tangkak in Johor with an API reading of 254 and Bandaraya Melaka with 222 API have the worst air quality as of noon today.

According to the Department of Environment's tracking of the Air Pollutant Index (API), these were the two stations that recorded "very unhealthy" API readings while a further 25 more stations recorded "unhealthy" readings.

There is a total of 68 stations nationwide.

The hardest-hit areas are Sarawak, the southern states and west coast of Peninsular Malaysia, which tallies with recent hotspot figures indicating that the source of the haze could be from fires located in the Indonesian regions of Kalimantan and Sumatra.

According to the ASMC, as of yesterday, there were 411 hotspots in Kalimantan and 301 in Sumatra, one in Sabah and Sarawak and one in Peninsular Malaysia.