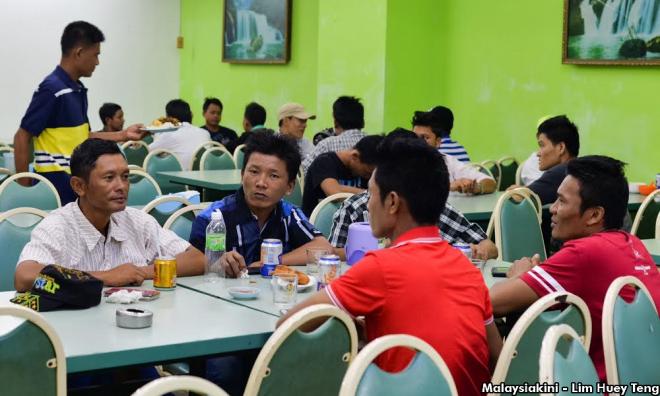 Malaysia will be allowed to hire Nepali workers again following a deal inked last week which addresses concerns about alleged abuses in the recruitment process.

The lifting of the ban, effective today, comes more than a year after the Nepali embassy confirmed the recruitment suspension, citing among others, Malaysia's insistence to allow a group of companies to monopolise the recruitment process.

The Nepali Times had implicated former home minister Ahmad Zahid Hamidi's associate as one of the interested parties in the companies but the Umno president had denied wrongdoing.

July last year, the Centre for Independent Journalism Nepal and Malaysiakini in a joint-investigation had highlighted alleged abuses in the recruitment system.

Following the concerns, Malaysia's Human Resource Ministry and their Nepali counterparts entered into negotiations, resulting in a memorandum of understanding to address the problems in October last year.

The details were ironed out in an agreement signed between Malaysia's Human Resource Ministry policy decision secretary Betty Hassan and Nepal's Labour, Employment and Social Security Ministry joint-secretary Ram Prasad Ghimire in Putrajaya last week, according to the Nepali Times.

The report said Nepal had persuaded Malaysia that it was unfair for its workers to spend up to eight months of their two-year contract to pay off debt from fees and flight cost as part of the recruitment process.

Under the agreement, Malaysian employers will foot the visa fees, air tickets as well as health check-up cost.

Malaysia also agrees to recognise more institutions for medical tests for the workers. The terms will also apply to Nepali workers hired as security guards.

The Nepali Times said the agreement will set a precedent for migration reforms and a reference for Nepal's dealings with the United Arab Emirates and Mauritius where it also sends workers.