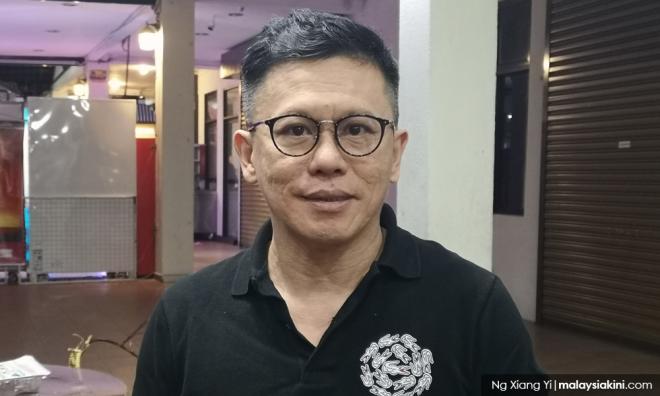 MCA vice-president Ti Lian Ker is taking a positive view of the Umno-PAS pact, saying his party plans to engage with and remind the two parties to be mindful of the fabric, content and spirit of the Federal Constitution.

Ti (photo, above) also came out swinging against his party's traditional foe for criticising the pact, which was formalised in a charter over the weekend.

"Unlike DAP, MCA is not going to be hypocritical or two-faced about the need to seek common grounds and narrow the racial religious divide in multiracial Malaysia," he said in a statement late yesterday.

"We are not going to be in denial and pretend that there is no racial or religious political divide in Malaysia.

"We are not going to follow DAP's declaration of war against the political cooperation between Umno and PAS or call the act Talibanese," he said.

Ti claimed that the Chinese community has woken up to the reality of the complexity of Malaysian politics.

"They have seen that DAP does not walk their talk. They have realised that DAP is well represented but underperforming. MCA has nothing to fear if we walk and speak the truth," Ti said.

"This is especially so in Malaysia, where political parties are identified by race or religion," he added.

"However, their political games and manoeuvres have always been based on Chinese support," he said, citing DAP's own past record of working with PAS in two coalitions, Barisan Alternatif and Pakatan Rakyat.

"DAP had set the precedent that in politics there are no barriers. They are very focused on attacking MCA as in reality, their main political rival for Chinese votes is MCA," he said.

MCA, he maintained, was going along the spirit of building consensus, understanding and narrowing any gap or differences among the races.

"We do not want an 'apartheid'-like politics in Malaysia whereby cooperation with or among certain religions or races is seen to be 'taboo" or "forbidden'.

"All political parties should be accorded their rightful dignity and respect. In the spirit of our founder of Malaysia, we must attempt to build inter-racial, inter-religious understanding, cooperation and tolerance," Ti added.

Najib would have fully approved of the PAS-Umno alliance
15 Sep 2019
Youth wings of four parties back Umno-PAS alliance
13 Sep 2019
Experts: Umno-PAS pact won't be enough to defeat Harapan in GE15
15 Sep 2019
Together again after 41 years: What PAS and Umno leaders say
14 Sep 2019