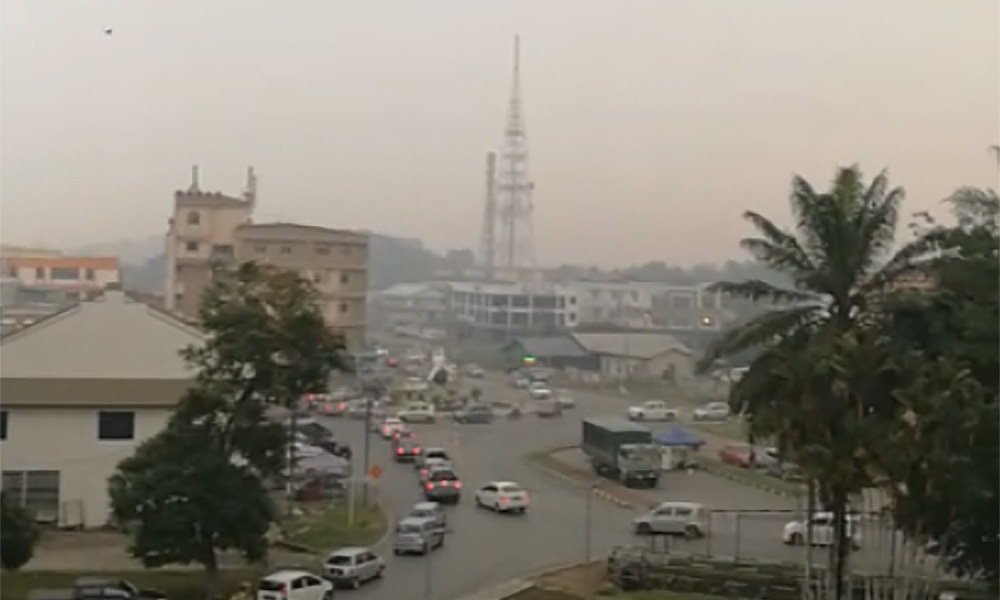 It's a double blow for some 100,000 urban folks in Sri Aman, Sarawak, who besides having to deal with the choking haze situation, now find themselves facing a shortage in the water supply.

“Some 80,000 face masks have been distributed, including to students and civil servants.

“This is besides the water bombing operations to be carried out by the Malaysian Maritime Enforcement Agency (MMEA) to put out the fires between Lingga and Kampung STC,” he said after the division-level Disaster Management Committee meeting today.

The MMEA's Bombardier planes were expected to arrive from Miri at 1pm today for a two-hour water bombing exercise in the affected areas.

“The affected water plants are Bayai, Stumbin, Seduku, Lingga, LDS, Engkilili, Melugu and Pantu, all of which are at critical levels following the hot and dry weather for the past one month,” he said.

“If this continues, some 15,000 households in Sri Aman will be affected, he told Bernama.

Water rationing in several of the plants is being carried out as a precautionary measure, he added.

The air quality in Sri Aman, meanwhile, showed a slight improvement at 8am today to very unhealthy, from hazardous level yesterday.

environment
sarawak
haze
water
sri aman
Related Reports
Haze: Hazardous API in S'wak, over 600 schools nationwide closed
a year ago
Bersatu starts preparing for 12th Sarawak State Election
a year ago
Schools in nine Sarawak districts forced to close due to haze
a year ago
DCM: Earliest possible date for cloud seeding in S'wak is Thursday
a year ago