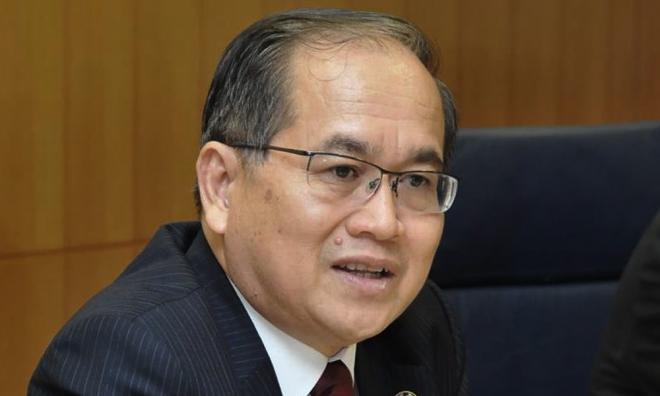 The unprecedented water supply disruption affecting the entire town of Sri Aman is due to the extended period of drought in the state.

Sarawak Deputy Chief Minister, Douglas Uggah Embas (above) said the water supply disruption may go until the end of the month as forecasted by the Meteorological Department.

“It has been two months since the state is experiencing hot weather which is usually only in September before it started to cool with rain in October.

He was attending a 2019 first phase aid presentation of the Unit for Other Religions (UNIFOR) to build and repair non-Muslim houses of worship worth RM16.35 million.

Adly (above) said total demand in the state was 639 million litres per day while Syarikat Air Melaka Berhad could only provide 550 million liters daily as the water level at the reservoirs has fallen drastically.

“There are now 22 areas with water supply woes with 17 in Melaka Tengah, three in Jasin and two in Alor Gajah while 26 tanker lorries are delivering water to residents in the affected areas,” he added.