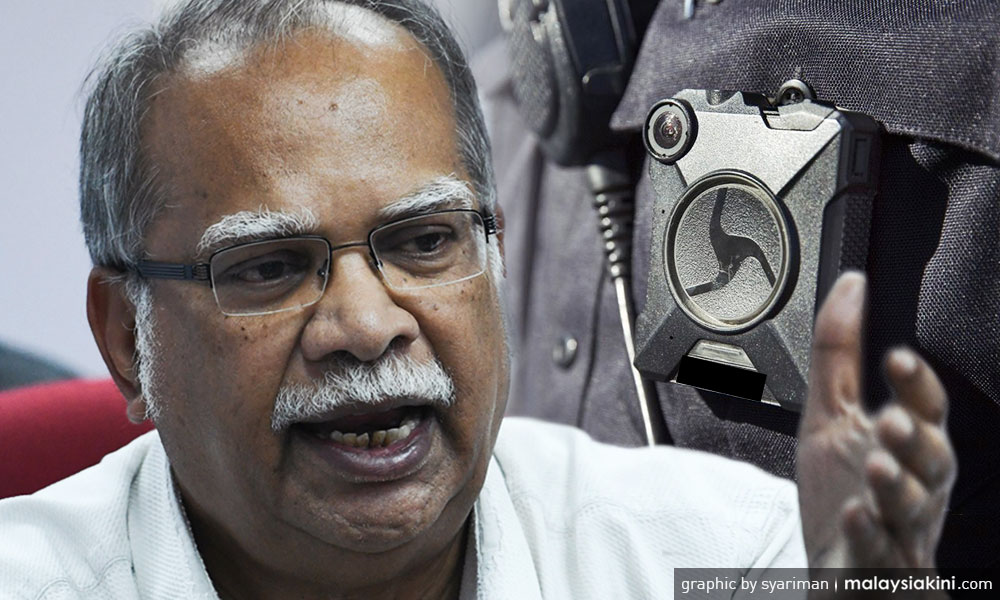 Penang Deputy Chief Minister II P Ramasamy has urged Inspector-General of Police Abdul Hamid Bador to clarify recent incidents of police shootings which have resulted in the loss of lives.

The DAP Perai assemblyperson pointed to the Sept 14 shooting in Batu Arang, Rawang which resulted in three fatalities.

According to Selangor police, two of the three people killed were triad members and part of a home invasion robbery gang.

However, the family of those killed had disputed this version of events and claimed that one of the victims had been a Sri Lankan citizen with a job and permanent residency status in the UK.

Ramasamy said he was concerned about the police taking the law into their own hands and acting as law enforcers, judges and executioners at the same time.

“No one is deemed a criminal unless, of course, proven in the court of law.

“Police are there to ensure that citizens are law-abiding. If they break the law, it is up to the police through the office of the Attorney-General’s Chambers (AGC) to prosecute them,” he said.

“How can the public have trust and faith in the police force if the latter takes an easy way out in resolving problems of law enforcement by shooting dead suspected criminals?”

The onus to prove the suspects are criminals is on the police, but they cannot be sure that those who have been killed were criminals, he added.

“Since dead men have no tales to tell, the police version will triumph ultimately, unless of course, the guilt of those killed is overturned by court decisions later,” Ramasamy said.

Ramasamy also wondered how the move to introduce body-mounted cameras for police personnel would help address the issue of police shootings.

It was reported yesterday that Hamid had welcomed the proposal to introduce body cams for law enforcers, which the government is currently looking into.

“The new IGP has promised to clean up the police force.

“Apart from supporting the introduction of the Independent Police Complaints and Misconduct Commission (IPCMC), there is no word from him about police shootings and loss of lives.

“Although he agreed that the police personnel should be equipped with body cameras to prevent abuse and corruption, how this will prevent police shootings is not clear,” said Ramasamy.

In cases of fatal police shootings, he noted, it is the families of those killed who suffer the most as they can only lodge reports with the police or the National Human Rights Commission (Suhakam), plead the innocence of the deceased or engage the services of lawyers to sue the police and government for the killings.

However, the matter usually ends when the police come out with their explanation that those killed were suspected or wanted criminals, he added.

“Some sections of society somehow or other tend to believe the police version of events leading to the deaths.

“Having believed in the police version, the society will soon have little or no sympathy for those shot and killed and (for) their immediate family members.

“For the wives, children and other dependents of the deceased, it will be a long nightmare of seeking justice, legal fees and their own survival.

“Meanwhile, the police sharpshooters will become heroes for saving society from the ‘scourge’ of those suspected criminals who were shot,” he said.

Ramasamy stressed that those who committed crimes should be dealt with through the law.

The police should only use firearms as a means of self-defence under extreme circumstances of imminent danger, he said.

He said frequent shootings raised questions about the police’s professionalism and commitment to justice and fair play.

He said he did not understand why some within the force were allowed to be “trigger-happy” when it came to suspected criminals.

“I am sure that the standard operating procedures of the police do not place a premium on the shooting of suspected criminals.

“Perhaps there is thinking amongst certain sections of the police force of a sense of impunity based on experience.

“Since in the majority of shooting cases the police personnel involved have not been implicated, there is the feeling that they are above the law and can get away with shootings in the name of the law,” Ramasamy claimed.