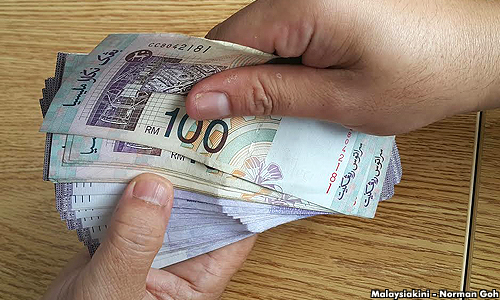 However, fighting graft in Malaysia remains an arduous task as corruption is deeply rooted within the public sector.

This is evident from the Corruption Perception Index released yearly by TI-M; whereby Malaysia’s ranking has been deteriorating since the index was first introduced in 1995.

To improve Malaysia’s ranking, the government needs to:

● Ensure the institutional reforms must be accelerated

● MACC must be independent of any government interference

For the mega projects like the ECRL, it will be good for the government to make full disclosure on the recently announced savings of RM21.5 billion.

Even if it was due to overpricing, for transparency it will be good on the part of the government to disclose what was overpriced.

As of today, the government has not provided any details on the breakdown of purported savings made from the ECRL apart from the total value of savings. The government must walk the talk by showing greater transparency in all publicly-funded projects.

There needs to be a system to publicly disclose sources of funding, tenders, and expenditure on all labour and materials involved.

Countries which demonstrate greater transparency, disclosures and take proactive measures to counter corruption, especially in the public sector, will tend to do well in the Corruption Perception Index rankings.

The views expressed here are those of the author/contributor and do not necessarily represent the views of Malaysiakini.
corruption
transparency international malaysia
dr muhammad mohan
Related Reports
MACC to investigate plotting and monopoly in gov't project bid
a year ago
Civil servants, youth make up half of graft detainees - MACC chief
a year ago
‘Too much bureaucracy’ hindering inclusion of corruption module in schools
a year ago
Liew: Submit graft evidence to authorities, not on social media
a year ago