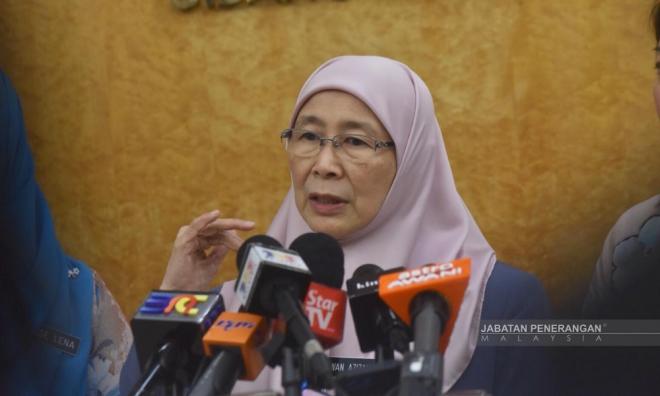 A bill, based on the concept of ‘Good Samaritan Law’, will be tabled in Parliament to protect donors and recipients of the FoodBank programme, said Deputy Prime Minister Dr Wan Azizah Wan Ismail.

She said the Domestic Trade and Consumer Affairs Ministry is expected to table the bill end of the year.

“Hotels are reluctant to donate their food for fear that something will happen to the recipients after consuming the food. So the bill is important to protect them," she said when opening the Food Bank Malaysia Foundation and Appreciation Night for the contributors in George Town last night.

She said to expand the Foodbank Malaysia programme, the FoodBank Malaysia Foundation was incorporated last Jan 7.

The foundation will coordinate the development and implementation of this programme nationwide, she added.

Wan Azizah said since the Foodbank Malaysia programme was launched last Dec 22, 430 supermarket branches had agreed to participate in the programme.

She said early this year, Foodbank Siswa was launched following the decision of the National Cost of Living Action Council to assist graduates in public universities.

She said through meetings with 20 public universities, it was found that 70 to 80 percent of the students were from B40 families.

"To date, 13 public universities have participated in the Foodbank Siswa programme, involving 3,820 students," she said.