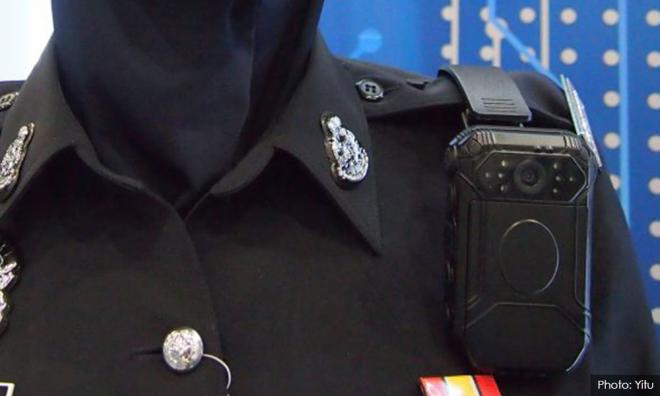 MACC lauds use of body cameras on enforcers

The MACC lauds the use of body cameras on enforcement officers such as the police, immigration and customs to tackle abuse of power and corruption.

MACC chief commissioner Latheefa Koya said that the use of the body cameras had nothing to do with human rights because transparency involved the basic rights of all.

“There is no issue of privacy or basic right; the enforcement personnel must ensure the body cam is functioning when on duty, and measures, such as disciplinary action, will be taken if it did not function,’’ she told reporters after attending a South Zone Students Anti-Corruption Convention (KoMawaR) which was launched by Chief Minister Adly Zahari at Universiti Teknikal Malaysia Melaka (UTeM) in Malacca today.

Latheefa said that the use of the body camera was necessary for transparency and it could raise suspicion if it was not functioning.

She said that a body camera could not only protect the public but also the police personnel on duty if libel or accusations cropped up.

On Sept 19, Prime Minister Dr Mahathir Mohamad said that the government had agreed to implement the use of body cameras on law enforcement officers such as the police, immigration and customs to overcome issues of misconduct.

He said in Putrajaya that the proposal for the use of the body cameras was accepted as there had been various allegations of misconduct by officers on duty, such as beating the person being investigated.

“The officer on duty will wear a body camera, and when he or the client (person being investigated) talks, it will be captured on the camera. We can see what the officer is doing to the client,” he told reporters after chairing a meeting of the Special Cabinet Committee on Anti-Corruption.