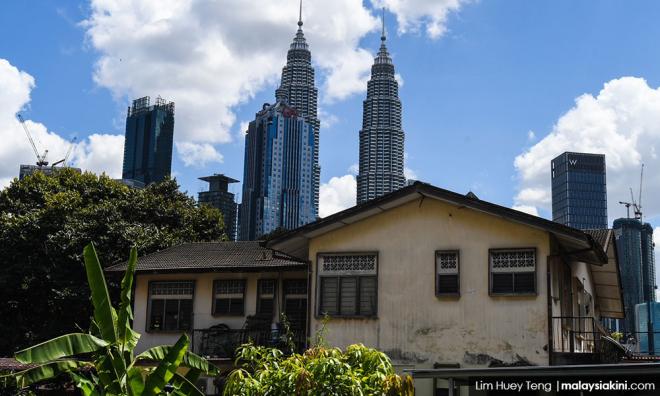 PM: Kg Baru redevelopment will be in best interests of Malays

Prime Minister Dr Mahathir Mohamad has assured that the government’s plan to redevelop Kampung Baru will be in the best interest of the Malays.

He was slated to officiate at a townhall session with landowners of the traditional Malay enclave earlier this morning but did not manage to attend.

In the text of his speech, which was uploaded onto his official Facebook page, he refuted allegations that the redevelopment would drive its Malay inhabitants away from the area.

“The allegation is untrue and completely baseless.

“The interests and position of the Malays are the basis for the move to redevelop Kampung Baru.

“This is provided for in the Kampung Baru Development Body Act 2011 which states that the interests of the Malays, including their social needs, economic situation, heritage, traditions, culture and historical value will be prioritised when developing the area,” the speech read.

Mahathir said he had been informed that redevelopment efforts will take into account the Kampung Baru’s heritage, history plus adhere to Malay and Islamic architecture guidelines.

This, he said, would ensure the area remains a symbol of Malay culture in Kuala Lumpur.

“I believe the redevelopment will not only be beneficial to landowners but also allow more Malays to live and trade in Kampung Baru,” he said.

In his speech text, Mahathir lamented how Kampung Baru was at odds with its well-developed surroundings.

Despite being located at the heart of the capital, he said it remained cramped and “left behind by modern times”.

Mahathir further opined that the area had become congested, messy and uncomfortable; causing Malays to move out of Kampung Baru while foreigners moved in.

“That’s why it will be better if the area was developed and fully equipped with public amenities like efficient infrastructure and open spaces for community and leisure activities.

“Then, I am sure more Malays will want to live here as Kampung Baru will be more beautiful, neat and comfortable. This will also increase the value of the land.

“And maybe those who left will move back,” he said.

The Federal Territories Ministry, through the Kuala Lumpur City Hall (DBKL), plans to acquire land from Kampung Baru landowners and develop the area.

It is in the process of obtaining buy-in from the community to its development plan.

redevelopment
malay enclave
heritage
kampung baru
mahathir mohamad
Related Reports
Kg Baru redevelopment needs an Urda
a year ago
Keeping the old in Kampung Baru
a year ago
Yoursay: Yes, develop Kg Baru but don't use tax money to do it
a year ago
Urban Redevelopment Authority needed for inner city
a year ago