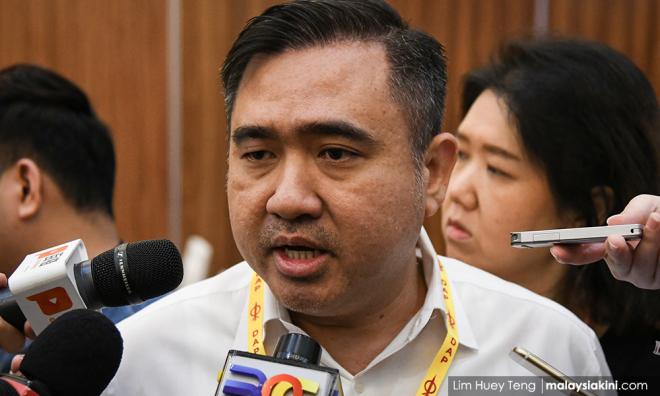 Pakatan Harapan will strive to defend the Tanjung Piai parliamentary seat in the by-election that is due to be called following the death of incumbent Dr Mohd Farid Md Rafik yesterday, according to DAP organising secretary Anthony Loke Siew Fook.

Loke, who is also Negeri Sembilan DAP chairperson, said all Harapan election machinery should work hard, both at the federal and state levels, to achieve that purpose.

“Soon we have to face the challenges of a by-election and it will be a great test for us in Harapan. In appreciation of Mohd Farid’s deeds and contributions, we must work hard and mobilise our election machinery to retain the seat,” he said at the Negeri Sembilan DAP annual convention in Seremban today.

While expressing his condolences to Mohd Farid’s family, Loke, who is also transport minister, described the death of the deputy national unity and social wellbeing minister in the Prime Minister’s Department as a great loss, not only to Harapan, but also the country.

Earlier, all the delegates and leaders observed a minute of silence in remembrance of Mohd Farid, 42, who died at the Pontian Hospital, Johor, believed due to a heart attack, yesterday. He was the Tanjung Piai Bersatu vice-chief.

He won the Tanjung Piai seat at the last general election by defeating incumbent Wee Jeck Seng of MCA with a majority of 524 votes.