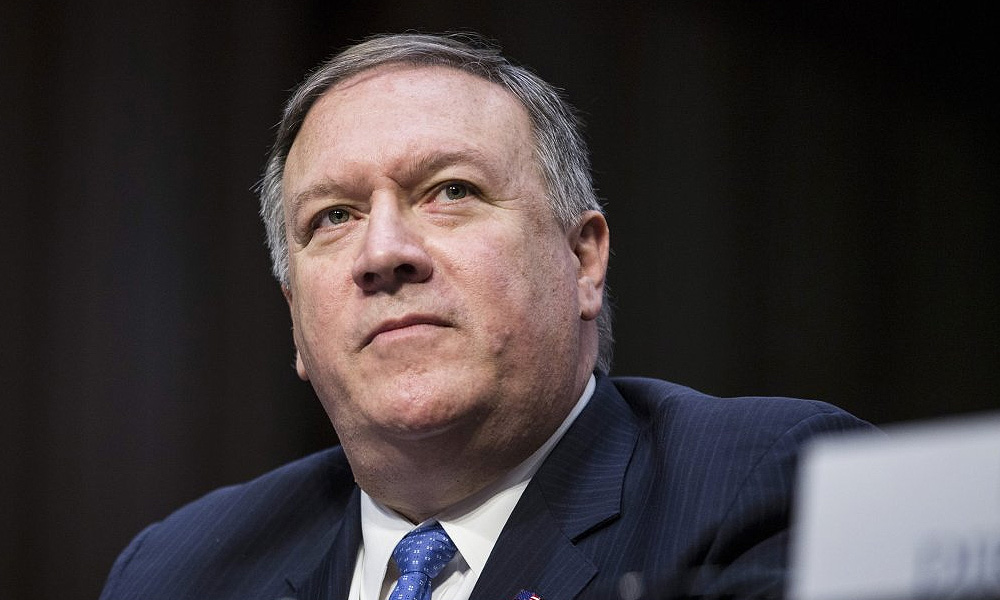 US mission is to avoid war with Iran, says Mike Pompeo

The United States aims to avoid war with Iran and the additional troops ordered to be deployed in the Gulf region are for “deterrence and defence,” US Secretary of State Mike Pompeo said.

Speaking to Fox News Sunday, Pompeo added that he was confident US President Donald Trump would take action if such deterrence measures fail and that this was well understood by the Iranian leadership.

“Our mission is to avoid war,” Pompeo said. “You saw what Secretary Esper announced on Friday. We are putting additional forces in the region for the purpose of deterrence and defence,” he said.

Tensions between Washington and Tehran have further escalated after an attack last weekend on Saudi oil facilities that initially disrupted half of the oil production from the kingdom, the world’s largest oil exporter, and was blamed on Tehran by the United States and Saudi Arabia.

The US has slapped more sanctions on Iran, penalising the Iranian Central Bank, while the Pentagon said it was sending US troops to bolster Saudi Arabia’s air and missile defences after the largest-ever attack on the kingdom’s oil facilities.

'An attack on the world economic system'

US Treasury Secretary Steven Mnuchin, speaking to CNN, said the attack on Saudi oil facilities was an attack on the world economic system. He said the United States expects that any country attached to the US dollar system will abide by the sanctions on Iran.

Trump pulled the United States out of a 2015 nuclear deal with Iran last year, and ramped up sanctions to strangle its oil exports, a mainstay of the Iranian economy.

The move dismantled part of former US President Barack Obama’s legacy and upset US allies who were a party to the agreement, which was designed to restrict Tehran’s pathway to a nuclear bomb in exchange for sanctions relief.

In recent weeks, Trump had weighed the possibility of easing sanctions on Iran and suggested he could meet with Iranian President Hassan Rouhani, who is due to attend the UN General Assembly in New York this week. Rouhani has said that Iran, which denies seeking nuclear weapons, would not talk to the United States until Washington lifted the sanctions.

France’s Foreign Minister Jean-Yves Le Drian said yesterday that his country’s main aim at the UN General Assembly meeting is to de-escalate tensions between the United States and Iran, and that a meeting between Trump and Rouhani was not the top priority.

“The meeting between President Trump and President Rouhani is not the No.1 subject. The priority subject is whether we can restart a de-escalation path with the different actors,” Le Drian told reporters.

France has led a European effort to try and defuse tensions between Washington and Tehran, but those efforts have stalled, with Iran reducing its commitments to a 2015 nuclear deal with world powers, and the United States refusing to ease sanctions that have strangled Iran’s economy.

world
united states
iran
tension
additional us troops
Related Reports
Iran says it will destroy any aggressor amid rising tension
a year ago
US sending troops to bolster Saudi defences after attack
a year ago
US building coalition after Saudi oil attack, Iran warns against war
a year ago
Trump sees many options short of war with Iran after attacks on Saudis
a year ago