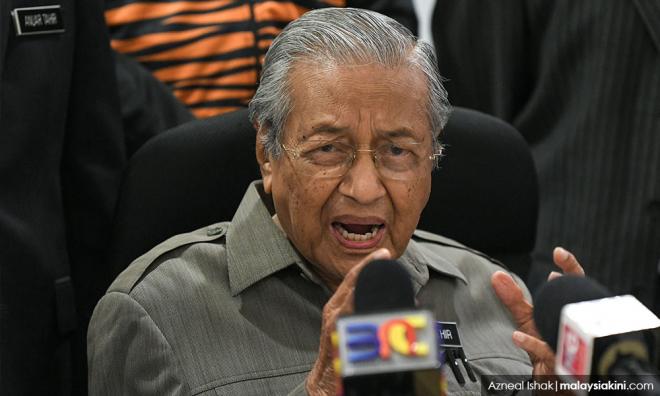 Mahathir will be in his element at UN General Assembly

With a chock-a-block itinerary, it appears that Prime Minister Dr Mahathir Mohamad will hardly be able to catch his breath when he is in New York from Sept 24 to 28 for the 74th Session of the United Nations General Assembly (UNGA).

Leading the Malaysian delegation at UNGA 2019, the prime minister’s diary over the next few days is filled with high-level meetings with fellow leaders, events related to the parallel Sustainable Development Goals (SDG) summit and other high-profile engagements.

All eyes will be on the 94-year-old prime minister when he delivers Malaysia's national statement at the general debate of UNGA scheduled for Friday at the UN headquarters.

The theme for this year's general debate, galvanising multilateral efforts for poverty eradication, quality education, climate action and inclusion, focuses on the continuing relevance of the UN system.

In a statement, the Malaysian foreign ministry noted that Mahathir's UNGA address will likely highlight current developments in the world and the importance of multilateralism as well as the need for countries to work together in addressing common challenges.

Mahathir is also expected to outline Malaysia's commitment to working with other UN member states in achieving objectives under the theme of the 74th general debate and beyond.

He may also underscore Malaysia's expectations of the UN as the principal international organisations mandated to maintain international peace and security, according to the statement.

Briefing Malaysian journalists covering the 2019 UNGA on Monday, Foreign Minister Saifuddin Abdullah said it is likely that Mahathir will continue to highlight the need for UN reforms and respect for international institutions and rules.

“This is because this concept of multilateralism is one that the Malaysian government has believed in and still does under the new administration,” he said.

Asked whether Mahathir will raise the matter of Palestine, Saifuddin said: “I can’t pre-empt what the prime minister will speak about but you can assume that he may touch on certain issues that Malaysia is known for, like Palestine and the Rohingya.”

The prime minister is scheduled to deliver Malaysia's statement at the leaders' dialogue 6: The 2020 – 2030 Vision during the high-level political forum on the SDG summit on Wednesday.

On Thursday, Mahathir is lined up to address the environmental stewardship in addressing poverty to achieve sustainable development for All event.

“Malaysia is the main organiser of the event along with Turkey, Pakistan and the UN Department of Economic and Social Affairs,” Saifuddin (above) said.

Soon after Mahathir and his wife Dr Siti Hasmah Mohd Ali’s arrival on Tuesday, the prime minister will speak at a high-level side event on The Rohingya Crisis - A Way Forward which Malaysia is co-hosting with Bangladesh, Turkey, Saudi Arabia and Canada.

Mahathir’s other engagements in New York include participating in the world leaders' forum at Columbia University and meeting with members of the council on foreign relations.

His busy schedule will also see him attending a meeting with renowned entrepreneurs and potential investors from the United States.

In addition, Saifuddin said, Mahathir will also hold bilateral talks with a number of leaders, including Iranian president Hassan Rouhani.