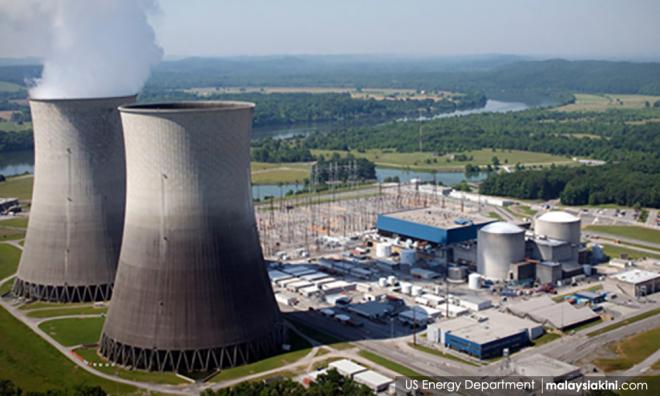 Nuclear energy too slow, too expensive to save climate: report

Nuclear power is losing ground to renewables in terms of both cost and capacity as its reactors are increasingly seen as less economical and slower to reverse carbon emissions, an industry report said.

"Stabilizing the climate is urgent, nuclear power is slow," said Mycle Schneider, lead author of the report. "It meets no technical or operational need that low-carbon competitors cannot meet better, cheaper and faster."

The report estimates that since 2009 the average construction time for reactors worldwide was just under 10 years, well above the estimate given by industry body the World Nuclear Association (WNA) of between five and 8.5 years.

The extra time that nuclear plants take to build has major implications for climate goals, as existing fossil-fueled plants continue to emit CO2 while awaiting substitution.

"To protect the climate, we must abate the most carbon at the least cost and in the least time," Schneider said.

The WNA said in an emailed statement that studies have shown that nuclear energy has a proven track record in providing new generation faster than other low-carbon options and added that in many countries nuclear generation provides on average more low-carbon power per year than solar or wind.

It said that reactor construction times can be as short as four years when several reactors are built in sequence.

Nuclear is also much more expensive, the WNISR report said.

The cost of generating solar power ranges from US$36 to US$44 per megawatt hour (MWh), the WNISR said, while onshore wind power comes in at US$29–US$56 per MWh. Nuclear energy costs between US$112 and US$189.

Over the past decade, the WNISR estimates levelised costs - which compare the total lifetime cost of building and running a plant to lifetime output - for utility-scale solar have dropped by 88 percent and for wind by 69 percent.

For nuclear, they have increased by 23 percent, it said.

Capital flows reflect that trend. In 2018, China invested US$91 billion in renewables but just US$6.5 billion in nuclear.

In the United States, renewable capacity is expected to grow by 45GW in the next three years, while nuclear and coal are set to retire a net 24GW.

China, still the world's most aggressive nuclear builder, has added nearly 40 reactors to its grid over the last decade, but its nuclear output was still a third lower than its wind generation.

Although several new nuclear plants are under construction, no new project has started in China since 2016.

Global nuclear operating capacity has increased 3.4 percent in the past year to 370 gigawatts, a new historic maximum, but with renewable capacity growing quickly, the share of nuclear in the world's gross power generation has stayed at just over 10 percent.

In the decade to 2030, 188 new reactors would have to be connected to the grid to maintain the status quo, which is more than three times the rate achieved over the past decade, the WNISR estimates.

In May, the International Energy Agency warned that a steep decline in nuclear capacity will threaten climate goals, as advanced economies could lose 25 percent of their nuclear capacity by 2025.