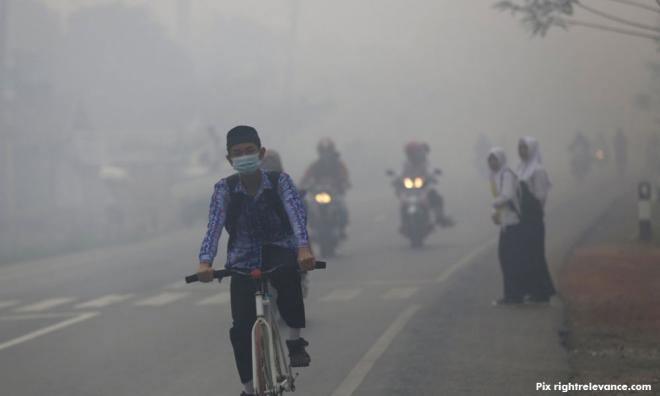 Forty-seven Malaysian students in Riau arrived at the Kuala Lumpur International Airport 2 (KLIA2) this afternoon, following the evacuation of students from areas badly hit by haze in Indonesia.

Wisma Putra in a statement today said the first batch of students was flown back from Pekanbaru after the declaration of haze emergency in the Indonesian province two days ago.

The students were received at the airport by Education Minister Maszlee Malik and Deputy Foreign Minister Marzuki Yahya.

The second batch of 31 students is expected to arrive at KLIA2 at 6.10pm today.

Meanwhile, the Foreign Ministry with the cooperation of other ministries and relevant agencies is making arrangements to move 35 students in Pekanbaru to Jakarta to be temporarily housed at the Malaysia Hall in Jakarta.

The statement said the Malaysian Embassy in Jakarta and Malaysian Consulate in Pekanbaru, and representatives of their agencies were helping in the evacuation.

According to the schedule for evacuation, so far 113 students have been moved out of Riau.

“The Malaysian government has decided to undertake the evacuation process for Malaysian students in areas which are badly affected by haze emergency in the province of Riau and Jambi, Indonesia,” the statement said.