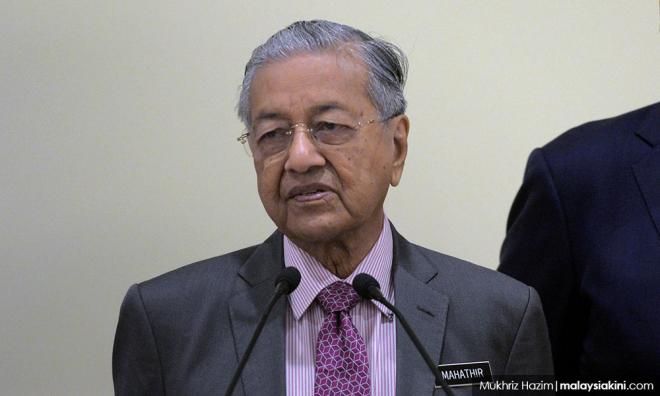 Malaysia is seeking to strike a balance between achieving sustainable development goals (SDGs) and addressing the needs of its people.

In this regard, Prime Minister Dr Mahathir Mohamad said new strategies had to be adopted to attain targets of sustainable development while taking care of the well-being of its citizens.

“Malaysia believes in sustainable development goals, but between believing in it and achieving it, of course we know it is not an easy matter,” he said when addressing the SDG Summit–Leaders Dialogue 6 on ‘The 2020-2030 Vision' in New York yesterday.

He pointed out that the government was keeping a close eye on matters such as the environment and poverty eradication.

On the environment, Mahathir noted that as Malaysia’s population grew, the government had to spend more money to treat the waste produced.

Unfortunately, he said, certain countries had opted to send some of their waste to Malaysia.

“We have a problem now of trying to get rid of this extra waste,” he said, expressing hope that countries would look after their own waste rather than exporting them to other countries.

Mahathir said looking after the environment also meant that Malaysia would try its best not to cut down trees.

The country, he said, had pledged to keep itself covered by at least 50 percent of natural forest.

“And we have done this as we now have 53 to 55 percent of the land covered by natural forest,” he said.

“And we intend to keep this although we have to derive some benefit from our forest. But we will be very careful not to cause the forest to diminish to the extent that it would be bad for our country and for the rest of the world,” he said.

He added that Malaysia nevertheless would need land over time for human settlements.

“We cannot say that we should keep people from living in good houses simply because we have no more space for them.

“So Malaysia today is building more high rise buildings so that on a per square metre basis, there would be more people able to live and sustain themselves,” he said, adding that this was also another way of sustainable development.

The prime minister also said that Malaysia had to adopt modern farming techniques to provide food to its people while sustaining the environment.

On poverty, Mahathir said he doubted whether it was actually possible to eradicate poverty totally as the poverty line is now higher than it once was.