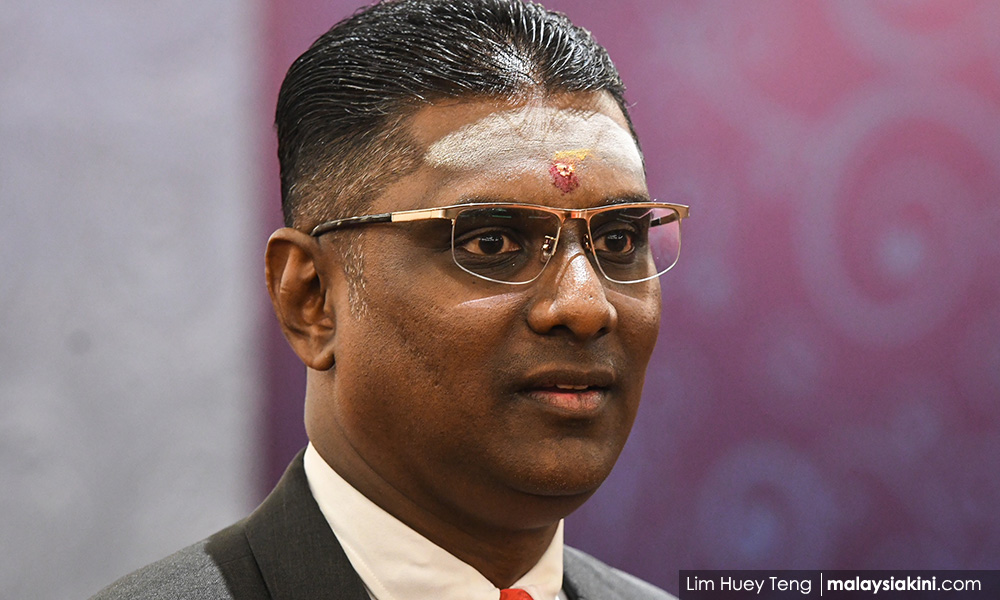 Rayer (above) said he was appointed to represent Lai by his family on Sept 18.

He recalled that several quarters, including opposition politicians, have questioned his decision to represent Lai as he is an MP from the ruling party.

"I still maintain that there is no conflict of interest if I continue to represent him as this country practices separation of powers.

"There is no law to prevent me from representing Lai as he is innocent until proven guilty in the eyes of the law," he said.

Rayer said he was neither afraid nor felt threatened but withdrew because he does not want irresponsible people to make baseless accusations against the DAP and Pakatan Harapan government and its leaders.

Rayer read out the statement before Sessions Court judge Norsalha Hamzah in George Town today, where the case is up for mention.

Lai was accused of selling false birth certificate, identity card and passport for Ewe Chor Beng between January and March 2019.

On Sept 12, Lai together with five others was arrested and charged in separate Sessions Courts in George Town with 32 counts for offences in connection with the issuance and sale of MyKads to foreigners.

The charges were filed under Section 26E of the Anti-Trafficking in Persons and Anti-Smuggling of Migrants Act 2007, which carries a jail sentence of up to 15 years, a fine of not less than RM50,000, or both if found guilty.

court
rsn rayer
mykad
lai chin wah
dap
lawyer
Related Reports
Why fight statelessness if we can sell ICs, DAP Youth quips
a year ago
Rayer tells critics to meet him over his involvement in MyKad scam case
a year ago
No more late birth registrations at state NRD offices
a year ago
Aide lodges police report over claim Penang CM ordered MyKad for foreigners
a year ago