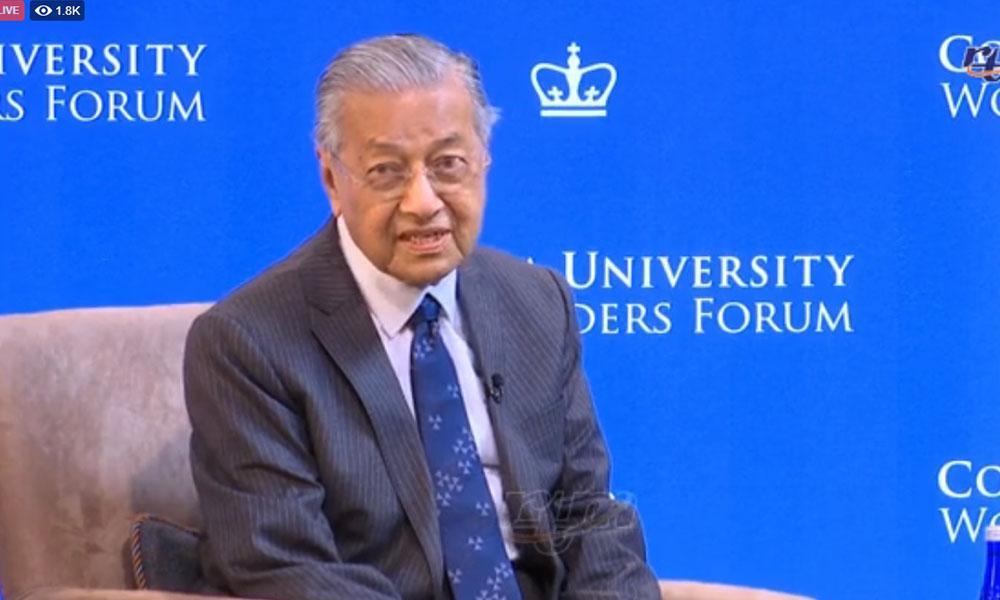 Dr Mahathir Mohamad said he would bow out as prime minister before the next general election.

The 94-year-old Malaysian prime minister came to power for the second time following his Pakatan Harapan coalition's victory in the May 2018 general election.

“I promise that I would step down before the next election and give way to another candidate. So, I may have at the most three years perhaps,” he said at a dialogue held at the Council on Foreign Relations in New York on Thursday.

During those three years, Mahathir said that he needed to accomplish a few things.

He is in town for the 74th Session of the United Nations General Assembly.

The prime minister said work was very tough now and that he was currently working 18 hours a day.

“This is because I don’t have much time,” said the Pakatan Harapan chairperson who is renowned for being a hardworking individual.

bows out
general election
prime minister
mahathir mohamad
Related Reports
Anwar dismisses 'individuals' who want to jostle for PM post as irrelevant
a year ago
What did Dr M mean by 'no room for Anwar', asks Ramasamy
a year ago
If PM steps down as promised - Wan Azizah on 'no vacancy' poser
a year ago
Amanah expects Dr M to hand over reins to Anwar
a year ago