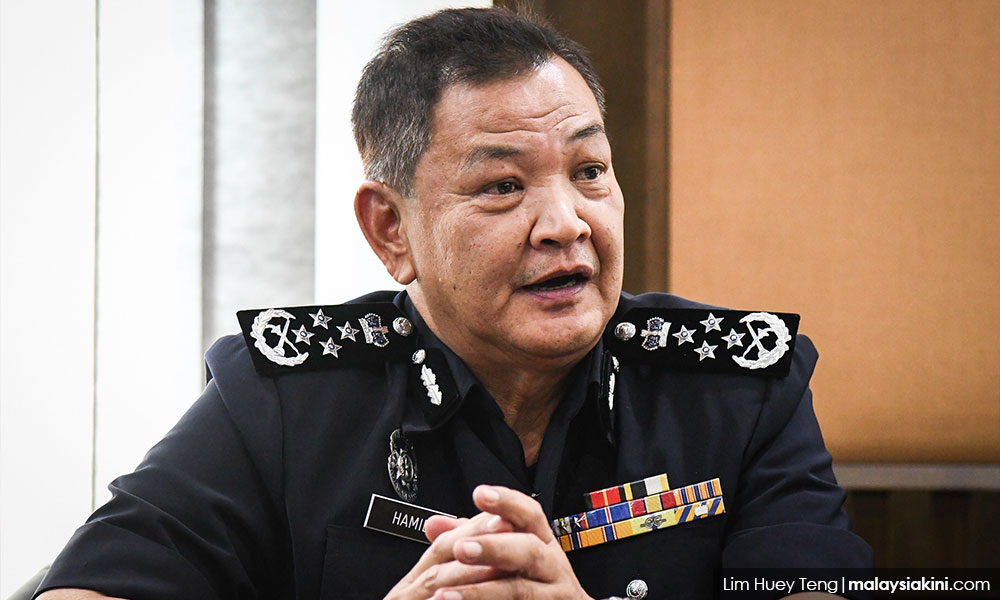 IGP: If deceased a martyr, are my men infidels?

Inspector-General of Police Abdul Hamid Bador excoriated those who are making irresponsible statements regarding a man who was shot dead by the police in Penang on Monday.

“On the incident in Penang, there are still irresponsible people issuing their own statements, saying the person died a martyr.

“I view the matter seriously because if the man died a martyr, then how about my men who shot him, are they kafir (infidels)?” he was quoted as saying by Bernama.

Although he did not mention names, it is believed the police chief was responding to Puteri Umno vice-chief Nurul Amal Mohd Fauzi's remarks regarding the incident during a ceramah in Kelantan.

Hamid said he viewed the statement as serious and had instructed police to open an investigation paper and call the individual in to give a statement.

He described such statements as reckless, made without considering the facts of the incident.

Hamid said the police had taken action in accordance with the law, otherwise, a worse tragedy could have occurred.

“I have already said before the incident was not connected to what was said of it. The individual concerned had become extremist and radical as he was obsessed with violent videos on social media,” he added.

Hamid advised the public, especially parents, to monitor the activities of their children who should not be watching violent videos on social media as they could be influenced and radicalised.

He had earlier issued a warning that stern action, including arrests, would be taken against those spreading articles about the incident which could cause racial tension.

He also confirmed that the suspect who was shot dead had been influenced by terrorist video clips from the Middle East.

In the incident, police shot dead the 25-year factory worker, who ran amok, and caused the death of a 47-year old female supervisor and injured a 53-year old security manager.

Penang police had stated that the suspect is believed to have suffered from depression for several months and had been absent from work for a week.

Penang Southwest district police chief A A Anbalagan said police who arrived at the scene had told the man to give himself up but he instead attacked them with a parang, prompting the officers to shoot in self-defence.