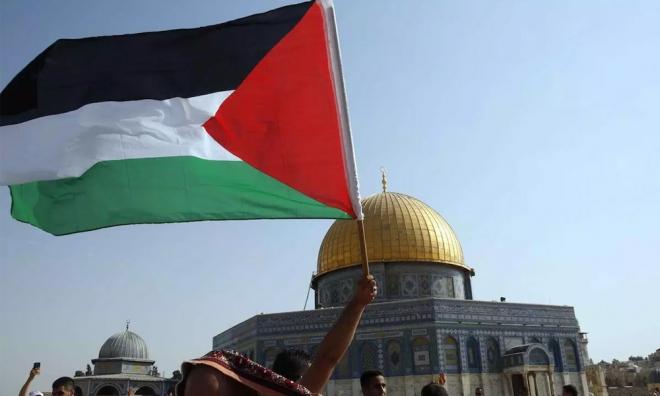 In a speech at the United Nations, Prime Minister Dr Mahathir Mohamad said Malaysia cannot accept the blatant seizure of Palestine land by Israel for their settlements as well as the occupation of Jerusalem by Israel.

He highlighted the dire situation of the Palestinians who cannot even enter the settlements built on their land.

Malaysia, he said, accepted the state of Israel as a fait accompli but underscored that because of the creation of Israel, there is now enmity towards the Muslims and Islam.

"Muslims are accused of terrorism even if they did nothing. Muslim countries have been destabilised through the campaign for democracy and regime change. Muslims everywhere have been oppressed, expelled from their countries and refused asylum," he said.

Mahathir said this in a statement at the General Debate of the 74th Session of the UN General Assembly on Friday.

He said one cannot deny that in the past there was no massive migration but now the wars and instability due to regime change have forced them to run away from their countries.

Mahathir contended that the result of overnight switch to democracy is destabilisation and civil wars, reducing some countries into government-less wilderness while others reverted to authoritarian regimes worse than the one that was displaced.

Unable to suffer from wars and violence, their people had to migrate, he observed.

"The great democrats talk incessantly about the rule of law. But they are selective. Friends may break any law and get away scot-free.

"Thus, Israel can break all the international laws and norms of the world and it will continue to be supported and defended. The unfriendly countries can do nothing right. There is no justice in the world," Mahathir said.

He said the creation of Israel by seizing Palestinian land and expelling its 90 percent Arab population had led to wars being fought in many countries, many precisely related to the formation of Israel.

"And now we have terrorism when there was none before or at least none on the present scale. Military action against acts of terrorism will not succeed. We need to identify the cause and remove it.

"But the great powers refuse to deal with the root cause. They prefer military action and sanctions. And they will continue to fail to stop terrorism," Dr Mahathir said.

Shining the spotlight on the plight of the Rohingyas in Myanmar, the prime minister said that the helplessness of the world in stopping atrocities inflicted on the ethnic community had reduced the regard for the resolution of the UN.

As a result, he said, they were forced to migrate and now they dare not return to Myanmar even when offered as they cannot trust the Myanmar military unless some form of non-Myanmar protection is given.

Turning his attention to Jammu and Kashmir, the prime minister said that now, despite a UN resolution, the country has been invaded and occupied.

"There may be reasons for this action but it is still wrong," he said, stressing that the problem must be solved by peaceful means.

In this regard, he called on India to work with Pakistan to resolve this issue, cautioning that ignoring the UN would lead to other forms of disregard for the UN and the rule of law.