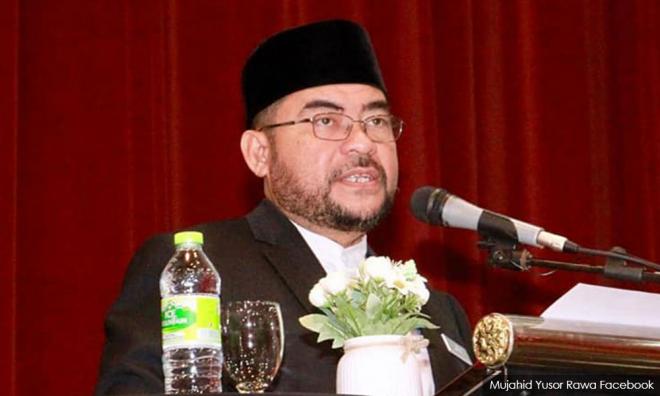 There is a movement trying to undermine the reputation of the Islamic Development Department (Jakim) as the halal certification body, said Minister in the Prime Minister’s Department, Mujahid Yusof Rawa.

He cited an example of the case of a halal stamp found on a pork-based canned food that occurred in 2014 and the social media posting was making its rounds again recently due to irresponsible parties even though the issue had been clarified and denied.

"Secondly, perhaps (the movement) has a plan to tarnish the reputation of the halal certification as well as the current government,” he told reporters in Putrajaya today.

He said this after launching a "Halal Fun Run" in conjunction with the 2019 Rahmah Carnival organised by Jakim in collaboration with the Federal Territory Islamic Religious Department (Jawi) that saw the participation of 2,600 runners.

Efforts have been made to address the problem, including initiating a smartphone application "Verify Halal" to enable users to check the halal status of a product by scanning its product code, he said.