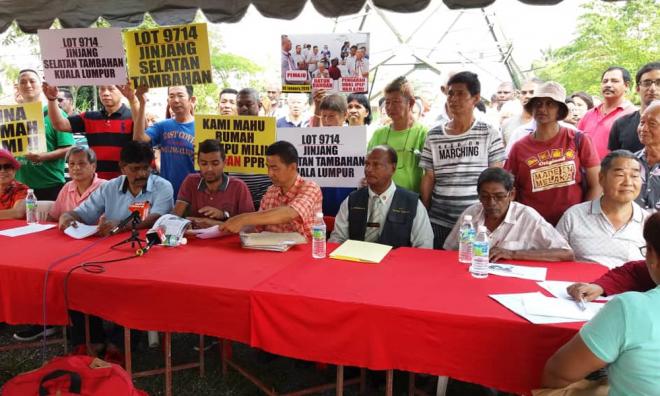 The Jinjang South Tambahan (JST) residents today urged the mayor to fulfil his promise of resolving their long-standing housing problems.

The JST residents have been living on temporary occupation licence (TOL) land for decades and they were given eviction notices to move out of their homes by Jan 31 this year.

Ameer said the residents are very disappointed as they claim that the DBKL tends to side with the developers.

"We are disappointed over the DBKL's attitude of demolishing the houses before this and now telling the residents that they need to understand such planning (to build replacement houses) will take time.

"Four years have passed, what has DBKL done until now as the houses are still not built?" Ameer said.

He also said the residents are disappointed with their elected representative, Kepong MP Lim Lip Eng, as they feel like he has not made any effort to help them or to even meet the former TOL residents.

It was previously reported that the developer promised first-generation families an ex-gratia settlement comprising an RM1,000 one-off payment, a free 900 sq ft low-cost unit and a monthly allowance of RM700 until the new accommodation was ready.

There was also purportedly an agreement offering an RM3,000 one-off sum and 800 sq ft affordable housing unit at RM200,000 to the second-generation families.