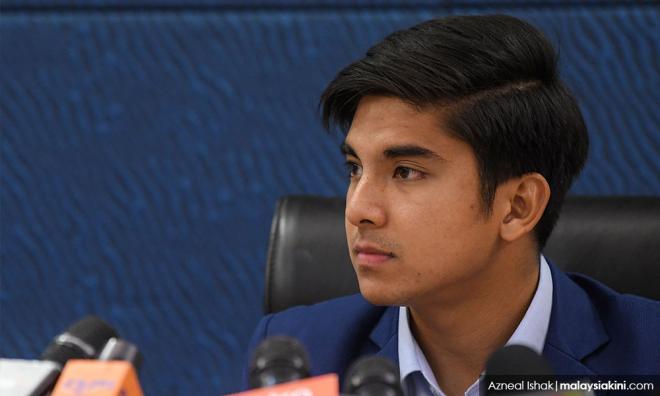 Youth and Sports Minister Syed Saddiq Abdul Rahman has issued a public invitation to Foodpanda riders to his home in Petaling Jaya tomorrow to hear their plight.

This is amid a strike by Foodpanda riders, particularly for those outside Klang Valley, over a revision to their payment scheme which they claim would see them earning less.

"I would like to invite my Foodpanda friends to my house tomorrow night for a dialogue session.

"I would like to hear your voices so that I can raise them in the cabinet meeting on Wednesday," Syed Saddiq (photo) said in an Instagram post.

He said while the gig economy has helped youths gain employment, there need to be safeguards for workers' rights.

"I sympathise with the fate of Foodpanda workers who are now fighting to defend their rights.

"Many of those who work for Foodpanda and in the gig economy are youths who work day and night.

"While there are many benefits to the gig economy, there needs to be a check and balance to protect the rights of workers in the gig economy such as Foodpanda," he said.

Previously, Foodpanda riders are paid RM4 per hour and earn additional income for every order. The per-order payment ranges from RM3 to RM5 based on the rider's performance.

The new scheme does away with the hourly pay and instead see an increase in the payments for every order ranging between RM4.50 and RM7.

“This system ensures that riders who want to work more have a high volume of deliveries available to them and vice-versa," Foodpanda managing director Sayantan Das said, according to Bernama.

"As riders work with Foodpanda on a freelance basis, the revised scheme enables them to earn more income based on the orders they accept," he added.

Das said there was also an RM100 bonus for riders who completed 60 hours a week and an extra RM1 per order for deliveries accepted between 11pm and 9am.

There was also an added bonus for those who completed 80 deliveries during their first week.

In that respect, the new pay scheme does pay out more per order compared to the current rate.

However, Oriental Daily reported that riders have complained of waiting two to three hours without receiving any orders.

"This means they could not earn their delivery fee. So, under the new scheme, the riders’ income will be reduced.

“In comparison, the status quo provides a pay of RM4 per hour, providing them with a basic income even if they do not receive any orders,” the Chinese daily reported.