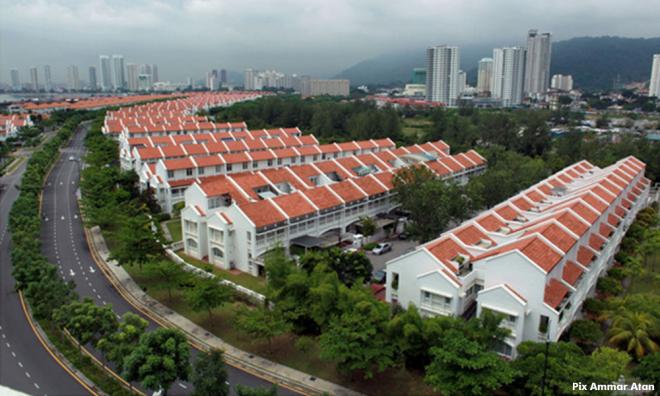 YOURSAY | 'Until the housing developers accept their mistakes, it is not going to solve the problem.'

Anonymous 2405371458107314: The National House Buyers Association (HBA) is correct. The government should not intervene.

Developers should be made to face their losses if they overpaid for land, built wrong products and are now forced to sell them at a loss.

After all, when they were reaping big profits and driving up prices, they insist that the government not to intervene.

The Real Estate and Housing Developers’ Association’s (Rehda) ‘nasi lemak’ analogy is totally inaccurate. This is a case of the developer's failure to gauge the markets correctly.

2 Cents: I’m sure the Rehda people know that the problem is not about them selling ‘nasi lemak’ that people don’t want.

As much as people love eating nasi lemak, they can’t afford to pay the hefty price as demanded by Rehda, considering the people’s income level and the quality of ‘nasi lemak’ that’s being served.

The HBA may be right. You’re probably trying to sell ‘nasi lemak’ at the price of ‘quinoa lemak’, which is way above what ordinary people could afford.

Dont Just Talk: The unsold ‘nasi lemak’ was due to the high pricing which the consumers can ill-afford, hence the present glut on properties, many costing above RM1 million.

The developers then blame the banks for the high rejection of housing loans application.

What is the take-home pay of a graduate nowadays? In addition to paying their taxes and car instalment, they have to spend on food and other basic necessities such as handphone and utilities.

It is the greedy housing developers who are at fault.

Despite knowing the high number of unsold houses, they continue to build more houses, even in the most remote relocation, thus adding more to the stockpile of unsold houses.

Anonymous 770241447347646: Until the housing developers accept their mistakes, it is not going to solve the problem.

It is common sense that when the good times roll, profit is the main ingredient in the prices of houses. Developers take advantage of the situation and act on human weakness.

The more expensive condominium with the most facilities and at the right location will be snatched up by those rich egoistic buyers that want to be in the fellowship of the top people.

Together with the help of foreign buyers, whose nations are also enjoying the good ride, these expensive condos are sold off even before they are advertised.

They have to learn from history that the good times are never permanent and when it stops coming, it does send some signals, which these developers either ignore or maybe did not notice.

Now they want to talk about nasi lemak going bad after it is not sold. Their greed has put them in this position.

That said, letting the unsold properties idle would not help to bring relief to the developers as well as the banks that have loaned them the money to build.

For a win-win situation, it would be wise to let them sell off these condos, helping in some way to release some of the burden the nation is facing.

Anonymous 2413471460628504: Despite Housing and Local Government Minister Zuraida Kamaruddin's explanation as to why the government is assisting developers to get rid of their property overhang, it is still very difficult to understand why taxpayers’ money is being utilised to help them.

And that is exactly what is being done here. How else do you explain the fact that the government is waiving stamp fees for the transaction? Less collection of such fees means government expenditure is being paid from other tax monies.

What is the difference between (1) a property of RM2 million with the tax of RM64,000 waived by the government and (2) the developer selling the property at RM1.936 million and the purchaser paying the RM64,000 stamp fee to the government?

The purchaser pays RM2 million in both cases.

The person who makes the decision should bear the consequences, not the rest of the country.

Pelanduk: Developers should follow the example of those nasi lemak sellers, selling affordable food to customers instead of wagyu steak, which very few people can afford.

Opening the sale to foreigners is not a good idea. It would encourage developers to build even more expensive properties with the government helping them to market their unsold units to foreigners.

Touche: I say let the developers go to the wall. Let market forces dictate supply, demand and the price.

No special treatment should be accorded to these developers. Let them fight it out like other businesses.

By the way, I was reading The Edge and saw several launches by developers with property prices in the range of RM800,000 to RM3 million, including terrace houses in Seremban.

IBN Bukit Bintang was priced at RM2,000 per square feet while Johor service apartments at 450 square feet at RM450,000.

BebekTepiSawah: Indeed, nobody should pity these developers who got stuck with their unsold real estate.

They’re the ones who created the property bubble so when the bubble burst, they will burst too.

I can’t wait to see when that happens.

Sherlock: The HBA is correct. The developers built properties for the flipper buyers, who created a false impression of the real value, inflating house prices, causing grievances for the local house buyers.

These house flipper buyers do not bother to scrutinise the actual value of the properties. Their main motive is to crank up the selling prices progressively to get obscene profits.

Imagine RM1,000 per square feet? Ask any quantity surveyor if this is justifiable?