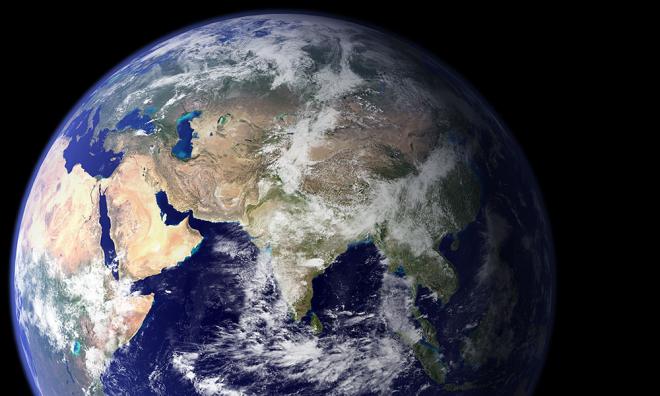 It is time for Pax Asiana

COMMENT | Looking at this fading era of Pax Americana, the so-called peace enjoyed in the wake of the United State's global dominance, it appears that this "peace" is little more than the propaganda issued from the pulpit that their position afforded them.

The endless conflicts instigated by them suggest a different reality.

Of course, all countries strive to promote themselves, and America is no different. Their narrative has always been that they are the best and biggest in everything there is.

Even if that was true in their “golden age’ following World War II, it hasn’t been the case for a long time now. Whether in education, healthcare, infrastructure or the arts, their dominance is on the decline.

For a long time, because of consistent American policy, regardless of which presidential figurehead came and went, this message was maintained. However, the Trump administration has definitively ended all that. The kimono is flapping in the wind and the underbelly of the beast is on full display. And it is really ugly!

Trump’s inability to stick to the script has demolished the moral high perch that the US speaks down to the rest of the world. Most American leaders bitterly resent this abasement but in truth, the self-scrutiny it encourages in their society may stimulate a catharsis needed for the reinvigoration of the US.

While Trump (photo) uses his remaining time in the office occupied with his MAGA business, the time has never been better for Asia to assert its own identity and aspirations in a new “Pax Asiana” – an era of harmony and multilateralism independent of instruction from the West.

Many Asian heads of state espoused this very idea at last week's UN General Assembly, including our own Prime Minister Dr Mahathir Mohamad, who called for adversarial nations to use peaceful means, not violence and war, to resolve their differences. While he singled out Myanmar’s treatment of the Rohingya, he also applied this sentiment, somewhat controversially, to India and Pakistan over the tinderbox issue of Kashmir.

India’s unilateral revocation of Article 37 of its Constitution, which gave special status to Jammu and Kashmir, is not only being contested in its own Supreme Court but drove Pakistan’s Prime Minister Imran Khan to plead intervention by the UN and forewarned consequences from the Indian action.

India’s prime minister ignored the matter entirely in his delivered remarks, treating it as an internal matter and a fait accompli – a done deal. Indians, though also somewhat split about the methods employed by the Indian government and the repercussions within both the Union and the people of Jammu Kashmir, largely applauded Narendra Modi’s (below) strategy as one showing determination, confidence and poise.

However, this unequivocal contention belies fault lines along which South Asia’s neighbours are forced to align themselves, both sides exciting passionate reactions from not only the political leadership of each country but also its citizenry – such is the intensity of emotion surrounding this issue.

There are parallels with China that come to mind, with long-lasting fallout that still plagues their international relations with other nations (though in this case, China opted to join the Pakistani camp). Even referring to these matters is deemed provocative by China and triggers punitive retaliation.

Therefore, Mahathir’s calls for dialogue should be heeded in the spirit of Pax Asiana as an inducement from an elder statesman of the region calling for preemptive diplomacy over violent reciprocation. So far, that has not been the case.

Social media in India erupted with righteous umbrage, some even proposing to boycott Malaysia whereas others are equally critical about Mahathir's proposed Muslim alliance with the likes of Pakistan, long accused - albeit controversially - as being a state sponsor of terrorism.

However, it’s precisely at these times that calmer heads should prevail, and discourse should override distrust.

Mahathir has often said that Malaysia is too small to take on giant powers like the US and China, so this is not an option for us. However, we are still big enough to promote multiculturalism, multilateralism, and multi-faithism - the three pillars needed to support a new golden age of Pax Asiana.