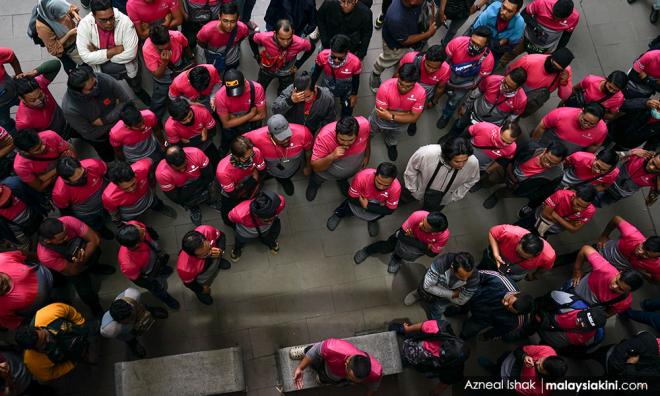 Three ministries to form committee to look into Foodpanda issue

The cabinet, which heard the issue of Foodpanda delivery riders at their weekly meeting today, has decided that three ministries would form a committee to look further into the matter.

In a statement today, Kula Segaran said his ministry had also met with representatives from Foodpanda Malaysia, namely its managing director Sayantan Das and head of marketing Fabian Emanuel in regards to the company riders that went on strike.

"Foodpanda has confirmed that the company will monitor the new pay scheme that has been put in place in a few states before deciding if it can revert to the old scheme," said Kula Segaran.

According to Kula Segaran, the representatives mentioned that in all states apart from Johor, riders had accepted the new pay scheme that works on an efficiency model - the more deliveries, the more the rider would make.

Nevertheless, he said the government urged the company to revert to the old pay scheme that suited all of their riders.

More than 200 Foodpanda riders staged a strike at the company's headquarters in Kuala Lumpur on Monday, urging the company to revert to the original payment scheme and threatened more protests in other states should the company refuse to address their grievances.

The online food delivery company has put in place a new payment scheme for all riders outside the Klang Valley effective Sept 30.

Kula Segaran said his ministry had been conducting necessary consultations with stakeholders on the gig economy and the law would be amended to include rebuttal presumption as to who would be defined as an employee to address the gig economy.

"This will be brought to the cabinet for deliberation," he said.