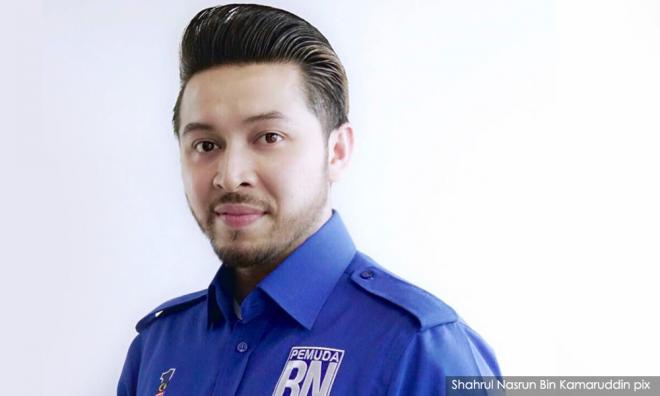 Shahrul Nasrun Kamarudin toyed with the idea in a statement to the press, which he sent in response to a news portal's report that presidents of Umno, MCA and MIC had agreed to appoint Hishammuddin Hussein as BN secretary-general.

The youth leader said Najib is more fit to return to lead the coalition, citing that he had been doing a good job in mounting a ‘rebellion' against the Pakatan Harapan government.

This was in comparison to Hishammuddin, whom Shahrul said had chosen to go “berehat” (on leave) after BN was defeated in the 14th general election last year.

"I am not questioning the loyalty of Hishammuddin to Umno as long as he has not left the party. However, after GE14 and when Umno was facing its defeat, Hishammuddin had chosen to go on leave.

"There is no doubt about Hishammuddin's experience, but during this period when BN has become the opposition, we need a ‘rebellion' icon to regain the people's support, especially the youth.

"Whether one likes it or not, Najib Razak has been creating the rebellion momentum for the youth through his ‘Bossku' programme, when other Umno leaders distanced themselves from him.

"Najib had moved using the full advantage of the social media to speak about failures of PH government policies, where the youth are seeing him as a fighter who had gotten up again to fight all the allegations thrown against him all these while," he said in the statement.

Last week, an exclusive report by Malaysia Gazette stated that the presidents of the BN component parties had held a meeting where they discussed changes of positions within the coalition.

Prior to BN's defeat during the May 9 election last year, Hishammuddin was Umno vice-president. However, he decided not to contest in the Umno party election held later that year.