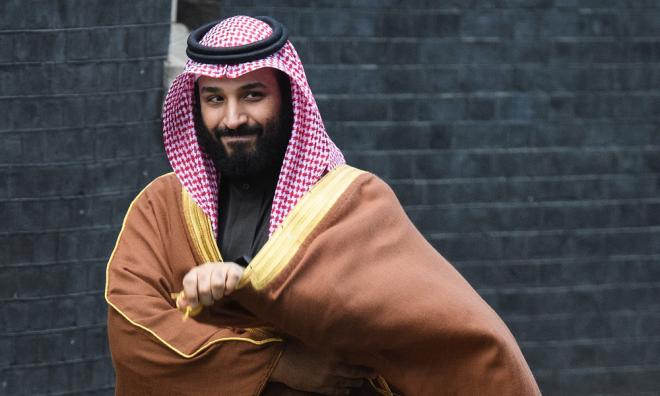 In Saudi Arabia, criticism of Crown Prince grows after attack

Some members of Saudi Arabia’s ruling family and business elite have expressed frustration with the leadership of Crown Prince Mohammed bin Salman following the largest-ever attack on the kingdom’s oil infrastructure last month.

It has sparked concern among several prominent branches of the ruling Al Saud family, which numbers around 10,000 members, about the crown prince’s ability to defend and lead the world’s largest oil exporter, according to a senior foreign diplomat and five sources with ties to the royals and business elite. All spoke on condition of anonymity.

The attack has also fanned discontent among some in elite circles who believe the crown prince (above), known in the West by the initials MbS, has sought too tight a grip on power, the sources said. Some of these people said the event has also fueled criticism among those who believe he has pursued an overly aggressive stance towards Iran.

“There is a lot of resentment” about the crown prince’s leadership, said one of the sources, a member of the Saudi elite with royal connections. “How were they not able to detect the attack?”

This person added that some people in elite circles are saying they have “no confidence” in the crown prince, an assertion echoed by the four other sources and the senior diplomat.

The crown prince nonetheless has staunch supporters. A Saudi source within circles loyal to the crown prince said: “The latest events won’t affect him personally as a potential ruler because he is trying to stop the Iranian expansion in the region. This is a patriotic issue, and so he won’t be in danger, at least as long as the father lives.

The Saudi government media office did not respond to questions from Reuters for this article.

The crown prince, during a television interview aired Sunday by US broadcaster CBS, said that defending Saudi Arabia was difficult because of the kingdom’s large size and the scale of threats it faces. “It’s challenging to cover all of this fully,” he said. He also called for “strong and firm” global action to deter Iran, but said he preferred a “peaceful solution” to a military one.

At stake is political stability in the world’s largest oil exporter, a key ally of the United States in the Middle East. The crown prince is officially next in line to the throne to his 83-year-old father, King Salman, and is the de facto ruler of the country. He has vowed to transform the kingdom into a modern state.

The 34-year-old crown prince, who is popular among young Saudis, has received praise at home for easing social restrictions in the conservative Muslim kingdom, granting women more rights and pledging to diversify Saudi Arabia’s oil-dependent economy. But state control of the media and a crackdown on dissent in the kingdom make it difficult to gauge levels of genuine enthusiasm domestically.

“The magnitude of these attacks is not lost on the population, nor is the fact that he (the crown prince) is the minister of defence and his brother is deputy defence minister, and yet arguably the country has suffered its largest attack ever and on the crown jewels,” said Neil Quilliam, a senior research fellow at Chatham House, a London-based international affairs think tank.

“There’s diminishing confidence in his ability to secure the country – and that’s a consequence of his policies,” said Quilliam, a specialist on Saudi Arabia and the Gulf. MbS oversees foreign, security and defence policy.

The attack has fueled resentment that has simmered since the crown prince came to power two years ago, sweeping aside rivals to the throne and arresting hundreds of the kingdom’s most prominent figures on corruption allegations.

MbS has seen his reputation overseas suffer from a costly war in Yemen against the Iran-aligned Houthi group that has killed tens of thousands of people and triggered a humanitarian crisis.

He also came under international criticism over the murder a year ago of journalist Jamal Khashoggi in the kingdom’s Istanbul consulate, which the US Central Intelligence Agency has said the crown prince ordered.

The crown prince, during the CBS interview, denied ordering the killing of Khashoggi, but said he ultimately bears “full responsibility” as the kingdom’s de facto leader.

Khashoggi was murdered by agents of the Saudi government without authorization or permission, said Saudi Arabia’s minister of state for foreign affairs, Adel al-Jubeir, during a moderated discussion hosted by the Council on Foreign Relations think tank in New York on September 24.

Some Saudi critics say MbS’s aggressive foreign policy towards Iran and involvement in the war in Yemen exposed the kingdom to attack, according to four of the sources with ties to the royals and business elite. They also express frustration that the crown prince was unable to prevent the attacks despite spending hundreds of billions of dollars on defence, according to the five sources and one of the senior diplomats.

Jubeir, the Saudi minister, in his recent remarks in New York, said the kingdom’s air defences have stopped hundreds of ballistic missiles and dozens of drones coming into Saudi Arabia. He added that the failure to detect the September 14 attack was “being looked at,” but that “it’s very difficult to detect small objects that fly at three hundred feet of altitude.”

Some Saudi elite say the crown prince’s efforts to consolidate control have hurt the kingdom. One source close to government circles said MbS has installed officials who were generally less experienced than previously.

MbS ousted Mohammed bin Nayef as crown prince and interior minister two years ago. The former crown prince had nearly two decades of experience in senior roles in the ministry, which was responsible for domestic policing and intelligence. MbS named a 33-year-old cousin as a replacement, after placing key areas of intelligence and counter-terrorism under the royal court’s purview.

The crown prince also removed Prince Miteb bin Abdullah (above), who had overseen or effectively commanded the kingdom’s elite internal security force, the Saudi Arabian National Guard, since 1996. The prince was ultimately replaced at the end of last year by then-32-year-old Prince Abdullah bin Bandar bin Abdulaziz, who had been deputy governor of Mecca for less than two years and before that in private business.

The Saudi government media office did not immediately respond to a request for comment addressed to Prince Abdullah.

Saudi insiders and Western diplomats say the family is unlikely to oppose MbS while the king remains alive, recognizing that the king is unlikely to turn against his favorite son. The monarch has delegated most responsibilities of rule to his son, but still presides over weekly cabinet meetings and receives foreign dignitaries.

Regardless of the king’s future, the insiders and diplomats say, a challenge to MbS’s authority could be difficult given his hold on the internal security structure.

Some royals view 77-year-old Prince Ahmed bin Abdulaziz, King Salman’s only surviving full brother, as a possible alternative who would have the support of family members, the security apparatus and some Western powers, said two of the five sources with ties to Saudi elite.

“They are all looking at Ahmed (above) to see what he does. The family continues to think he is the only one who can save them,” said one prominent businessman.

There is no evidence Prince Ahmed is willing to play that role, according to Saudi watchers. Prince Ahmed has largely kept a low profile since returning to Riyadh in October 2018 after 2-1/2 months abroad. During the trip, he appeared to criticize the Saudi leadership while responding to protesters outside a London residence chanting for the downfall of the Al Saud dynasty.

Prince Ahmed was one of only three people on the Allegiance Council, made up of the ruling family’s senior members, who opposed MbS becoming crown prince in 2017, two Saudi sources said at the time.

Prince Ahmed couldn’t be reached for comment. One of the five sources with ties to Saudi elite said that Prince Ahmed’s position on whether he will challenge MbS is that he “will cross that bridge when we come to it.”