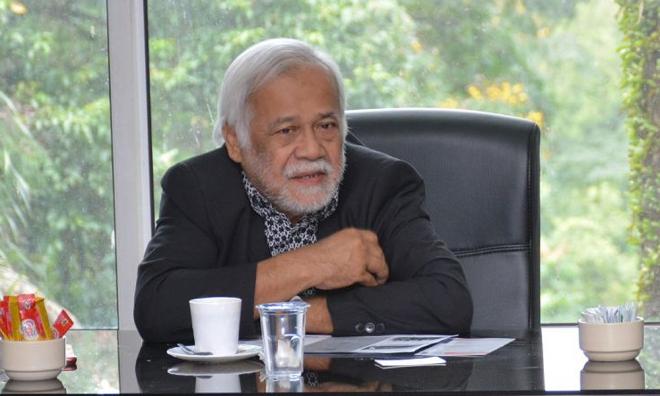 Malaysia has to reach economic growth of 8.0 percent in order to attain the Shared Prosperity Vision 2030, the Malaysian Institute of Economic Research (MIER) said.

Its chairman, Kamal Salih said according to his calculations, the gross domestic product (GDP) growth rate has to be somewhere between 6.0 and 8.0 percent and it could not be at between 4.0 and 5.0 percent.

"It is not enough, it will be a slow rise. In the meantime, other countries will jump over us. To achieve over 6.0 percent, we have to do a leapfrog strategy and focus on key sectors," he told Bernama in an interview.

Kamal Salih said Malaysia has to be wary of anomalies that are happening outside of the country and not be complacent the moment oil prices go up, as it generates a momentary boost of income.

He said instead, Malaysia needs to divert its resources and invest in the structural change of long to medium-term growth.

"We may spend a lot more money, we may even try to restructure the debt, but eventually we must continue to expand in infrastructure, new industries, technology, agriculture, to produce more food and train more skilled people," he said.

Kamal Salih said the elements of the Shared Prosperity Vision 2030 was already incorporated in Vision 2020, under previous predecessors.

He said, however, the last regime had become more greedy as the whole setup of "what's in it for me and not for the country" attitude had taken root.

"We lack that kind of mentality and people do the simpler thing. They follow the line of least resistance and stay in a comfort zone as they don't know how to venture, and they fear failure.

"Whereas entrepreneurship, technology, investment, innovation, all are experimental, you just need to keep at it. If you fail you rise, failure is a lesson, instead you just give up," he said.

Kamal Salih said some Malaysians have given up on the country, and they went overseas and thrived.

"This trust deficit in government is a big thing, and the younger generation couldn't care less as they will do their thing and hope that they can be successful," he said.

Kamal Salih said the early period of the New Economic Policy (NEP) produced quite a lot of good people, both bumiputera and non-bumiputera.

"They have been successful and they are what that have kept this economy afloat. But there is an increasing number of those who have given up and wait for more handouts from the government, and the government not having enough money to hand out.

"When the government had the money to hand out, it handed out to cronies, and it is not spread out enough, not inclusive enough," he added.

Kamal Salih said the country also needs to pare down its over-reliance on foreign investment as it is the reason why Malaysia cannot industrialise faster.

"In fact, we have gone through the process of de-industrialisation for the last 20 years," he said.

He said Malaysia has also shifted to services and has become a consuming country instead of a producing country, while it still produces in the traditional areas of a resource-based economy.

“Although diversified, we are still in palm oil and rubber industries but no longer as the leading producers as Thailand and Indonesia have taken over the roles.

"We are also depended very much on our oil and gas. When oil prices go down, we get into trouble," he said, adding the funds raised by the government from taxes were mainly used for operations.

Moving forward, Kamal Salih said we should promote local inventors and research and development as well as commercialise innovations from universities.

"We are weak in commercialisation. When people have ideas, the bureaucracy tends to be an obstacle," he added.