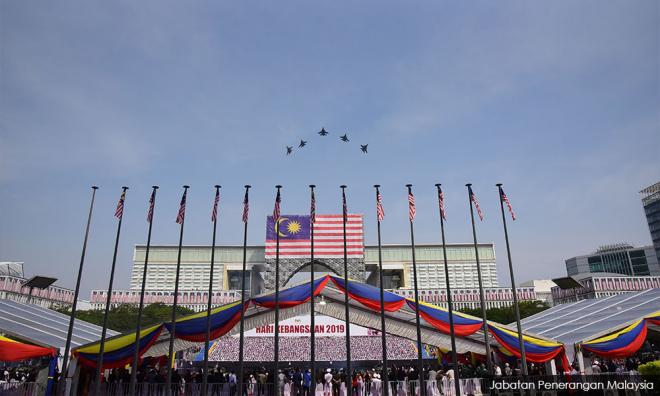 The people need a sweet treat after austerity's 'bitter pill'

COMMENT | Right from our days bouncing on our mother’s knees we’ve been taught that medicine tastes bad but we must swallow it for our own good.

The austerity mindset adopted by the government has taken this advice to heart.

Since taking over, Pakatan Harapan has instituted fiscal discipline and belt-tightening - albeit not without good cause.

The previous administration flung cash around like it was on a weekend pass, famously stuffing what couldn’t be sunk into Hollywood films and Mayfair mansions into Hermès handbags and pink diamond jewellery.

Harapan inherited the hangover after the binge, and is still paying off their bills.

Finance Minister Lim Guan Eng has done his part, working assiduously towards his 3-year plan of reconstructing the fiscal health of the nation.

It’s been a tedious and tiresome task, no doubt, one that no one should envy.

Well, nobody is accusing Malaysia of being a “cash is king” economy anymore, but the rakyat is starting to feel the pinch. It’s time to give them some relief - a sweet treat after the bitter pill.

As Wednesday’s Edge Financial Daily cover suggests, managing debts and developing the economy should not be mutually exclusive.

The economy must run as a global enterprise, after all. Even if we turn off the lights and pull up the covers, the rest of the kids on the block will still be out there kicking the ball around.

We cannot sign on to play in the fourth industrial revolution, for instance, without investing in the kit that allows us to compete on the field.

In addition to serious discipline and practice, we need the leadership to provide us with decent and adequate facilities.

While reducing public debt remains a priority, which the Finance Ministry is successfully achieving, we must also invest in programmes that support incremental economic gain.

This is especially for the lower-income segment of the economy so that they have tools to get them moving up and out of that bracket.

The lack of stimulus and support in key sectors will have the effect of stunting future growth.

Digital transformation is one such area, upon which hinges the success of Malaysia becoming a high value, high wages economy - so essential to our development.

These are goals that outlive any one administration, or any individual political party. Rather, all of society stands to gain from it.

Ever since we emerged from the Asian financial crisis, Malaysia chose to remain on a low-cost, low-wages track compared with the game-plan of tech-innovation and wage-inflation pursued by peers such as South Korea.

While we closed off our capital markets and localized ownership of our strategic assets, the Koreans built out their economy for global needs. Today the disparity is clear for anyone to see.

We cannot afford inaction or oversight now to repeat the same mistake for another generation of Malaysians. After all, the whole point of treating an injury is to enable performance to full potential.