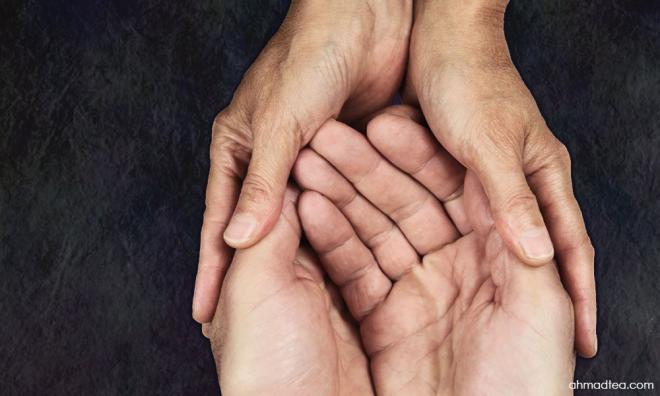 Sickly single mother appeals for aid from the public

A single mother without any source of income is appealing to the public to help ease the burden of her household which includes two children and one grandchild.

Currently, her family relies mainly on her son who only earns about RM50 per day as a general worker at a shop in Kubang Kerian.

Hasnah Senik said she used to work at a sawmill in town but had to quit her job about 30 years ago as her health deteriorated.

The 59-year-old grandmother has no clue what her illness is as doctors at a hospital here in Kota Bahru could not identify the cause of her constant dizzy spells and her inability to stand for long.

Their situation worsened when her daughter Nor Hayati Mohd Nawi, 36, who is also a single mother, suffered the same health condition for the past year.

“Nor Hayati used to make some kuih and sell it in the village, earning about RM20 a day. She needs to support her daughter, six-year-old Nor Fatihah Amanda Roji. She has been a single mother for three years now,” Hasnah told reporters who visited her home in Kampung Binjai here yesterday.

However, Nor Hayati could no longer work as her health deteriorated over the last year.

Now, the sole breadwinner in the family is her youngest son, Mohd Rizal, 32, who works at a mirror shop in Kubang Kerian and earn about RM50 a day.

“That income is also being used for my granddaughter’s schooling, at the preschool class in Sekolah Kebangsaan (SK) Mentuan,” she said.

Hasnah explained that there are times that his son, Mohd Rizal had to take leave from work when she and her daughter are very sick and cannot do anything except lie down the whole day.

“Fortunately, my son has an employer who understands our situation when he has to take leave often to care for us at home when we are sick,” she said.

Hasnah said although she receives monetary aid of RM150 a month from the Social Welfare Department, it was not adequate.

“Sometimes, we can only afford to eat rice with dried fish and soy sauce. Sometimes, we have only biscuits and tea,” said the mother of four.

She said despite having two other children, they only did odd jobs around the village, and their earnings were just enough to support their own families.

“If possible, I do not want to bother them because they have their own commitments, and their lives are also not easy,” she said.

Hasnah hoped that there would be some people who are willing to help ease her burden. Those who want to provide some assistance can do so through her Bank Simpanan Nasional (BSN) account number 0399 5410 0042 0524.