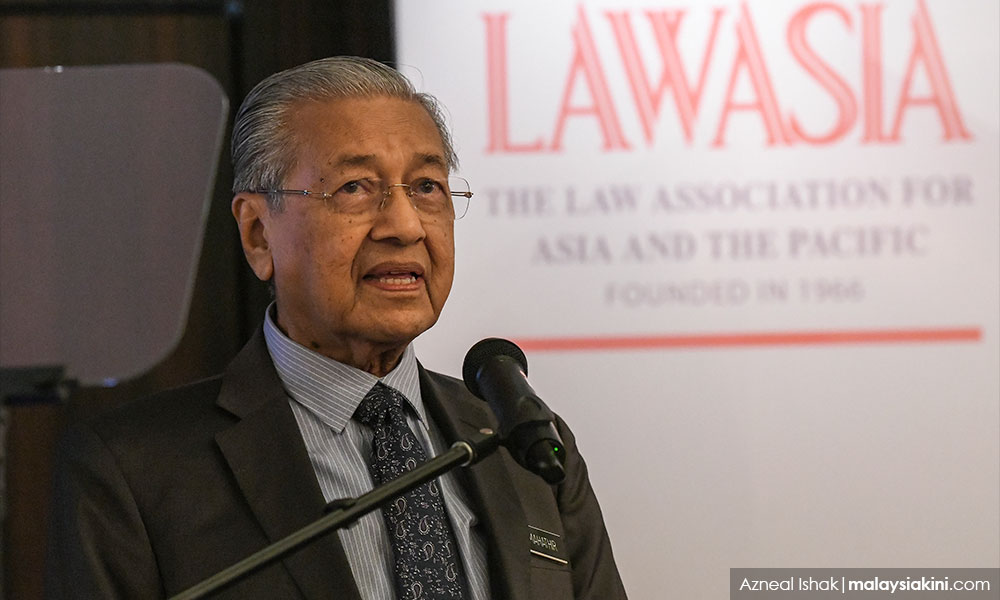 2. Lam responded by citing ignorance of Mahathir's remarks and said everyone had "freedom of speech".

3. Mahathir said Pakatan Harapan was a victim of its own election promises which were made when the coalition expected to lose but now find it hard to fulfil.

4. The report by the Institutional Reform Committee (IRC) can be made public but only if all Harapan component parties agreed to do so, said Mahathir.

5. The federal government is likely to mount a second attempt at repealing the Anti-Fake News Act 2018, which was blocked by the Senate last September.

6. The special task force on Unified Examination Certificate (UEC) will submit its report to the cabinet by the end of this month as it still needed time to meet more stakeholders in Sabah and Sarawak.

7. At an international law conference yesterday, PKR president Anwar Ibrahim urged professionals and the public to focus on the poor to shift the national conversation away from "bigots".

8. Malaysiakini CEO Premesh Chandran has urged Harapan to expedite the formation of the media council and remove laws which curtail media freedom, as promised by the coalition in the last general election.

9. The restoration of Goods and Services Tax (GST) can only be considered if there was public mandate, said Finance Minister Lim Guan Eng.