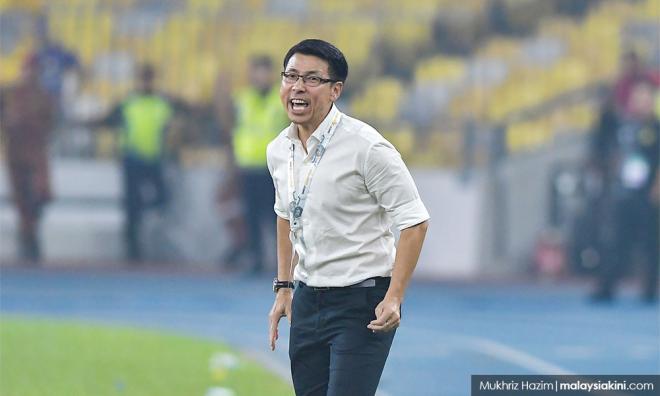 Tan (photo) hopes the Johor Darul Ta'zim (JDT) striker will be able to maintain his performance when the Harimau Malaya take on Vietnam in the Group G third match of the second round of the World Cup 2022/Asian Cup 2023 qualifiers at the My Dinh National Stadium in Hanoi on Oct 10.

"Syafiq has played in three to four matches and his game has improved in every match. I hope he can maintain his consistency,” the coach said after the match.

In the match, Syafiq showed fine finishing touches by scoring in the ninth, 76th and 89th minutes.

He, however, is confident that their absence will be compensated by a number of other players who also had a good outing against Sri Lanka.

Sri Lankan head coach Nizam Packeer Ali said the big defeat would be the best learning lesson for his players before facing a daunting task against South Korea in their third Group H match of the qualifiers on Oct 10.

"Malaysia played very well and the pressure they gave to us throughout the match would be good practice for us before facing South Korea. We had to face the fact that Malaysia is the better side. Our players did well against Malaysia, but the finishing was very poor," he asserted.