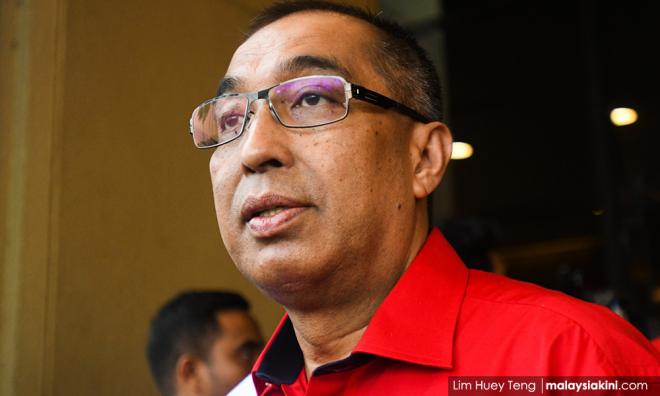 Salleh: I applied to join PKR due to 'multi-racial, progressive' stance

Former Sabah chief minister and federal communications and multimedia minister Salleh Said Keruak said that he applied to join PKR because it is a multiracial party that reflects his political views.

He added his belief that the party's multi-racial and progressive politics is what is needed to save Malaysia from extremism.

"I am aware of the news that I have joined PKR published in several news portals," wrote Salleh Said in a blog post today.

However, Salleh Said clarified that he had just submitted an online application to join the party, and is leaving it to the party's leadership to consider his application.

"I chose PKR because it is a multiracial party that matches my political views, as well as the political environment in Sabah," said Salleh Said, who left Umno, along with many other Sabah Umno leaders, last December.

Salleh Said, who served as Sabah chief minister from 1994 to 1996 and the communications and multimedia minister from 2015 to 2018, lost in the Kota Belud parliamentary constituency in GE14 to Warisan's Isnaraissah Munirah Majilis.

"I would like to assist PKR in bringing about multi-racial progressive politics that emphasises stability and simplicity, especially in Sabah."

"In the context of race-based politics and extremism that can threaten the country's unity and stability today, I believe PKR is on the right track to save the country from the catastrophe of extremism," he said.

He went on to say that since his first foray into politics, he has believed in a moderate and progressive outlook, with an emphasis on stability.

"I believe that this is the right step for me, and I believe I can contribute towards Sabah's stability and prosperity in particular, and Malaysia in general, through my involvement in PKR.”

"PKR's Political Bureau will discuss and consider this in its next meeting," he said.

PKR's political bureau usually meets fortnightly, but Fahmi said this could change once the Parliament starts its sitting next week.