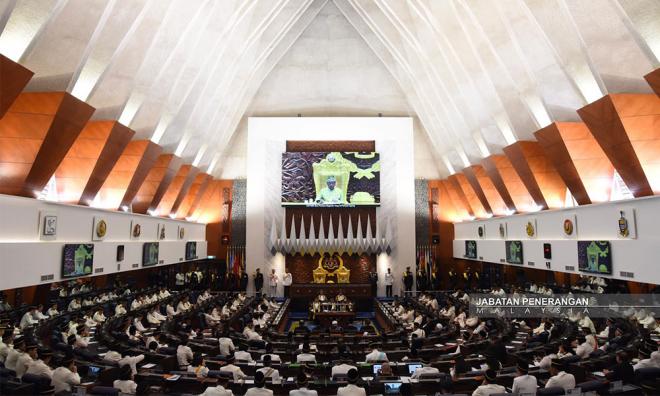 All attention will be on the tabling of Budget 2020, the bill to amend the mandatory death sentence and the Defence White Paper when the Dewan Rakyat reconvenes on Monday after being adjourned for over two months.

The third meeting of the second term of the 14th Parliament will take place for 36 days, starting tomorrow until Dec 5, and will see the introduction of several new bills and amendments of existing bills to improve the country’s legal and administration systems.

On Oct 11, the main focus and questions will be on the tabling of Budget 2020 by Finance Minister Lim Guan Eng and the amounts to be allocated and distributed to the relevant sectors.

For the record, an allocation of RM314.5 billion was provided for Budget 2019, themed “Credible Malaysia, Dynamic Economy, Prosperous Rakyat”.

Also anticipated to catch the attention is the amendment to the mandatory death sentence for 11 serious crimes after the government decided to replace it with a jail term.

Before the tabling of the budget, de facto Law Minister Liew Vui Keong is expected to table the Independent Police Complaints and Misconduct Commission (IPCMC) Bill 2019 for a second reading.

The IPCMC Bill, which was tabled for a first reading on July 18, aims at replacing the Enforcement Agency Integrity Commission (EAIC) to enhance integrity among enforcement officers and law enforcement agencies, and act as an independent body to look into police complaints more holistically.

Liew has also reportedly said that the government would initiate another attempt to repeal the Anti-Fake News Act during this session of Parliament.

In September last year, Dewan Negara rejected the Anti-Fake News (Repeal) Bill 2018, which was passed by the Dewan Rakyat in August. Hence, Liew said the government will retable the bill.

Meanwhile, two new bills - on political donations and the establishment of an ombudsman - are also expected to be tabled during this session, according to the National Governance, Integrity and Anti-Corruption Centre (GIACC) director-general Abu Kassim Mohamed.

He was reported as saying that the two bills were part of the key initiatives under the National Anti-Corruption Plan (NACP) 2019-2023 which focuses on improving governance, integrity and anti-corruption after Pakatan Harapan took over the government.

Also expected to steal the attention of the country's lawmakers is the tabling of the National Defence White Paper, which will be the first in Malaysia, taking examples from other countries including Brunei, Australia, Germany and New Zealand.

According to Defence Minister Mohamad Sabu, the drafting of the white paper had taken into account the views of all stakeholders, including university professors, and it would encompass, among others, competitive salary restructuring, special allowances and incentives, medical/healthcare benefits, and various housing programmes.

The government is also expected to table a bill to regulate Food Bank activities aimed at protecting food donors from legal action in the event of untoward incidents; and a bill to improve waqf management so that it could be implemented more efficiently and effectively.

Human Resources Minister M Kulasegaran had also said that the Employment Act 1955 would also be amended during this meeting to protect the rights of workers, reduce work hours and tackle the issue of forced labour,

The Dewan Rakyat is also expected to hold a moment of silence for Tanjung Piai MP Dr Md Farid Md Rafiq, who died of heart complications on Sept 21. Farid was also deputy minister in the Prime Minister’s Department.