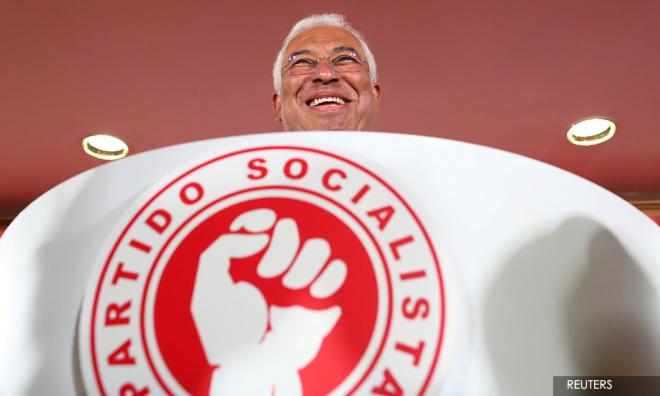 The main question now is who Prime Minister Antonio Costa will pick as allies to stay in power after ruling for the past four years with support from the two hard-left parties - the Left Bloc and the Communists.

The leaders of both those parties said they had no objections to Costa being nominated as prime minister and were open to negotiate if the Socialists committed to improving the lives of workers.

“There is no obstacle for the president to appoint the prime minister and for the government to be formed and start working,” said Communist leader Jeronimo de Souza. “We will determine our position depending on the PS’ choices, on its budget instruments and the content of its legislative proposals.”

Left Bloc leader Catarina Martins said she was ready to negotiate with Costa either a full pact for the whole legislature or on a case-by-case basis, but added that “our commitments are to defend those who work, to save the national health service and recover public investment”.

Official results will trickle in through the evening. With about 54 percent of the vote counted, the Socialists led with 36.7 percent. Preliminary results tend to initially focus more on smaller towns and the final picture could still change.

The range of percentages of votes given by the pollsters was quite wide. Depending on how close the outcome eventually is, a clear picture could emerge quickly or take days or even weeks.

At the Socialist Party (PS) election rally, supporters stood up cheering as the exit polls were published.

“It’s a great victory for the PS, that’s what has to be underscored. The party will seek to have a stable four-year government solution for Portugal,” Mendes, the PS deputy secretary-general, told supporters.

The four exit polls put the Socialists in a range of 33.3 to 40 percent. While it was not immediately clear if even the most optimistic scenario could deliver a full majority, it would, in any case give them more seats than in the last election, in 2015.

“We got stronger from this election and we will be able to continue with our policies,” said 25-year-old supporter Miguel Matos.

Costa was seen getting a boost from the southern European country’s economy. It is growing more than the EU average, helped by export growth and a booming tourism industry that last year saw more tourists visit Portugal than it has inhabitants.

Post-election negotiations are not expected to be as messy as in neighbouring Spain, which still has no government more than five months after elections and is heading for a repeat vote in November.

In 2015, it took less than two months for Costa, whose party had come in second behind the PSD, to strike an unexpected alliance with two far-left, Eurosceptic parties and be sworn in as prime minister.

The People-Animals-Nature party (PAN) attracted more votes than in the previous election, riding a wave of popularity among pro-environment parties in much of Europe. But it was not immediately clear if it could become a kingmaker, landing in a range of 2.3 percent to 5.3 percent of the vote.

“It’s a very good result. I still wish it was more, because the country needs to move quickly to tackle the climate emergency,” PAN supporter Paulo Santos, 43, said at the party’s evening rally.

The election already claimed its first political victim. Assuncao Cristas, the leader of the rightist CDS-PP party, announced her resignation after a record low result.