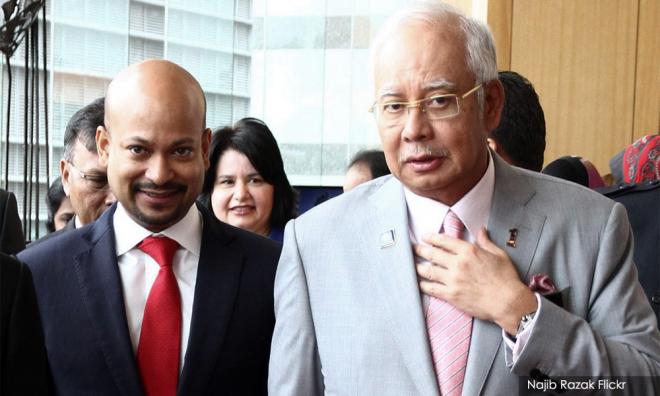 Judge Mohamed Zaini Mazlan maintained the hearing dates of Nov 18 to 29 despite the application by DPP Mohammad Al-Saifi Hashim to vacate the dates as it may clash with Najib’s ongoing RM2.28 billion 1MDB trial.

“We (the prosecution) have no issues with the hearing dates (for Najib and Arul Kanda’s 1MDB audit report tampering case) on Jan 13 to 17 next year. Only that the Nov 18 to 29 dates clash with the 1MDB case,” A-Saifi said.

However, Justice Zaini disagreed with the prosecution, adding that the court did not see any issue of clash of the 1MDB audit report tampering trial with any other ongoing court cases involving Najib.

“As far as I know there is no clash with other (trial) dates,” the judge told Al-Saifi.

At this juncture, Najib’s lead counsel Muhammad Shafee Abdullah concurred with the judge, adding that there is no clash despite Nov 11 being fixed for decision before a separate High Court bench on whether Najib needs to enter his defence to his RM42 million SRC International case.

“We do not mind the (1MDB audit report tampering) case to start on Nov 18,” Shafee said, adding the defence could still accommodate the matter despite them currently “working under pressure and burning the midnight candle”.

When the judge asked Arul Kanda’s (photo) counsel M Sivananthan whether his client was agreeable with the present November hearing dates, the lawyer replied that they are okay with it.

“Prosecution, there are no issues (from Najib and Arul Kanda’s defence teams in regard to the current November hearing dates),” Justice Zaini said, ruling that the court would maintain the current 1MDB audit report tampering case trial dates in November.

Al-Saifi then informed the court that they had given some of the court documents to the defence, leaving only the witness statements yet to be handed over.

Justice Zaini then fixed Oct 16 and Nov 12 as mention dates to allow parties to update the court on whether the prosecution has handed over all necessary court documents, including witness statements, to the defence.

On April 16, it was reported that the trial against Najib Abdul Razak and Arul Kanda over the alleged tampering of the state fund's audit report would commence in November.

On that date (April 16), DPP Fatnin Yusof informed the court that approximately 25 to 30 witnesses would be summoned throughout the trial.

The former prime minister was charged with receiving gratification in the form of protection from ethical, civil or criminal actions against him as a public officer in relation to 1MDB by ordering the alteration of the draft audit report before it was presented to the Public Accounts Committee.

He is alleged to have committed the offence between Feb 22 and 26, 2016, at the Prime Minister’s Department in Putrajaya.

Arul, meanwhile, was charged with abetting Najib in the offence during the same period.