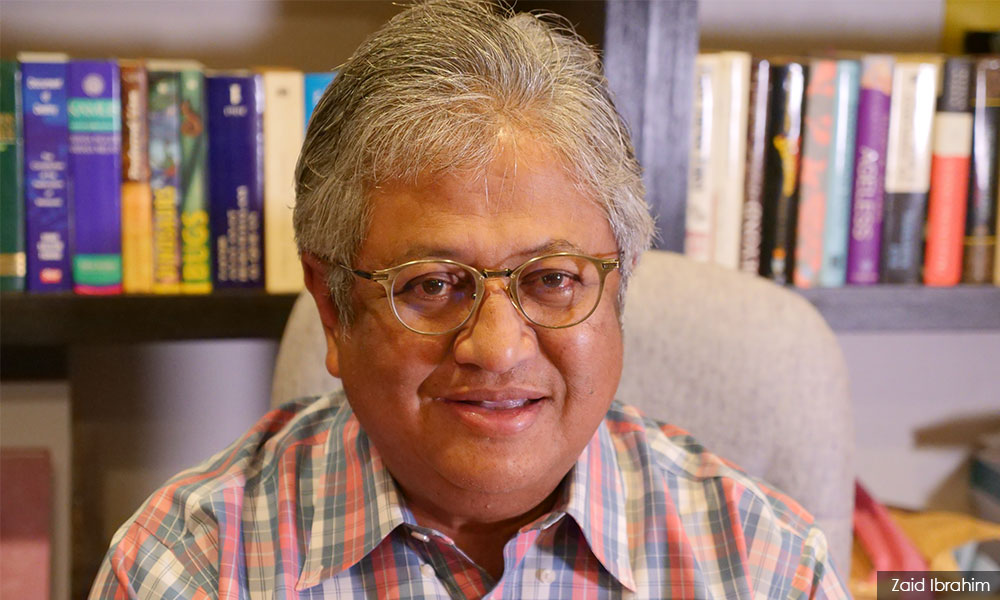 Zaid Ibrahim discarded his lawyer's robe for a medical coat and conducted a psychiatric evaluation of Pakatan Harapan.

Based on the former de facto law minister's diagnosis, Harapan is suffering from bipolar disorder, which medical websites describe as extreme mood swings that include emotional highs (mania or hypomania) and lows (depression).

However, Zaid also believes there is a cure for this - PKR president Anwar Ibrahim.

“Harapan suffers from an extreme bipolar disorder. They are multiracial and yet the leader officiates the largest gathering of racists,” he tweeted this morning.

“In Harapan, the leader of the smallest party (Bersatu) dictates how long he will rule. The majority partners stay numb. You will not find this anywhere,” he said.

Bersatu, which was formed ahead of the last general election as an alternative to Umno, has 27 parliamentary seats compared with PKR's 50.

Despite being the party with the largest number of parliamentary seats, PKR, however, is riddled with infighting between two camps, one led by Anwar and the other by deputy president Azmin Ali.

Speculation had been rife that despite the agreement for Anwar to succeed Mahathir, the latter and his inner circle preferred Azmin instead.

Speaking to Malaysiakini, Zaid declined to elaborate on his diagnosis but warned that Harapan's condition could land the nation on a sickbed.

“To me, Harapan is more interested to be in power. It has lost the plot. Too long for me to elaborate. The condition is also ailing the nation, and this must be remedied with haste,” he added.

Zaid reiterated that if Anwar becomes prime minister, then the coalition would be able to recover and return to the right track.

In an earlier tweet, the former minister said following the incendiary speeches at the Malay congress, Malaysians need to accept Anwar (photo) as their prime minister.

'Anwar is our hope'

“He is our hope. Some have problems with his knowledge of Shakespeare and Dante, but at least he reads. That is better than the delusion that this land is Malay land, and others don’t exist,” he added.

Zaid also described the speeches at the congress as “another barrage of meaningless sob stories”.

He noted how the speakers had harped on the non-Malays being ungrateful and Malays not being united.

“I suppose that is what we get if we have Malay leaders who belong to the past,” he added.

Yesterday, Mahathir dismissed the perception that the congress was racist, saying it was not organised to target others.

"We are not racist, we are not attacking other people, we only want to give (critical) advice to the Malay community," Mahathir said.

Previously, the organiser said the congress was in response to certain quarters challenging and questioning the position of the Malays and Islam.