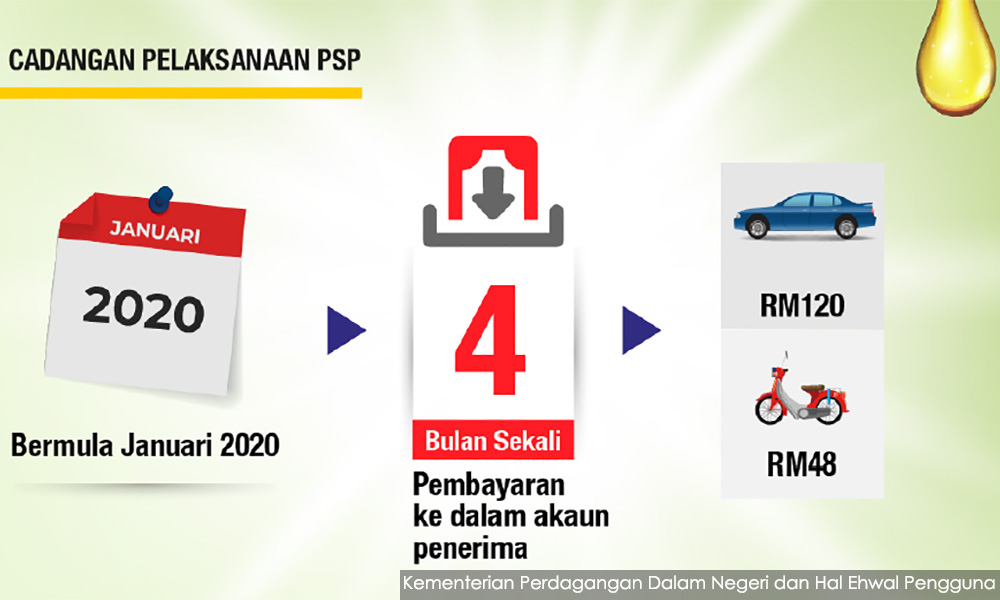 However, the price of RON95 will still be capped at RM2.08 per litre for the territories of Sarawak, Sabah and Labuan, for now.

For those in Peninsula Malaysia, a new subsidy mechanism will be introduced that will only benefit vehicle owners currently on Bantuan Sara Hidup (BSH) welfare payments.

To qualify, a BSH recipient or disabled person must own a car that is 1,600cc and below or a motorcycle that is 150cc and below.

If a qualified person owned both a car and a motorcycle, the person would receive only RM30 per month.

This scheme is expected to benefit 2,862,472. The current fuel subsidy scheme is open to all.

According to the Road Transport Department's (JPJ) data, there are 11.6 million cars on the road and 6.8 million motorcycles. This means that the vast majority of vehicle owners will likely have to pay more for RON95 petrol come Jan 1, 2020.

The new scheme was revealed by Domestic Trade and Consumer Affairs Minister Saifuddin Nasution Ismail. His ministry had designed the new subsidy mechanism.

"This initiative will lighten the burden of households in need. We are redistributing petrol subsidies, in line with the seventh item on Pakatan Harapan's manifesto," he told a press conference today.

He added Putrajaya was seeking "equitable redistribution" of subsidies through a data-driven policy.

"(In Peninsula Malaysia) only 10 percent use RON97 while the rest use RON95. This means that a person who drives a Range Rover will benefit from RON95 subsidies.

"Our targeted subsidy scheme will see only those in need benefits," he said while noting that Sarawak, Sabah and Labuan consume more diesel than petrol, in justifying the reason for capping RON95 prices there.

He also clarified that subsidies would stop if RON95 prices fell to RM2 per litre and below.

He said the new float mechanism would not be determined by his ministry and cabinet would eventually decide on the matter.

cost of living
fuel prices
subsidies
domestic trade and consumer affairs ministry
Related Reports
RON97 price up 12 sen, no change for RON95 and diesel
a year ago
Gov't to provide subsidy if oil prices soar - Mahathir
a year ago
Report: Fuel subsidy delayed due to disbursement method
a year ago
Ministry still updating data on petrol subsidy recipients
a year ago