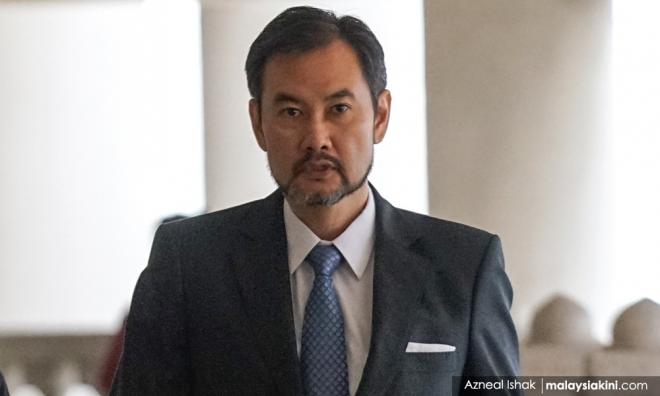 NAJIB TRIAL | The High Court heard today that the idea of the Terengganu Investment Authority Berhad (TIA), which morphed into 1Malaysia Development Berhad, was mooted in Abu Dhabi.

Shahrol Azral, 49, the ninth prosecution witness, said this during cross-examination by Muhammad Shafee Abdullah, counsel for Najib Tun Razak, on the 17th day of the former prime minister’s 1MDB trial.

Muhammad Shafee: The idea of Terengganu Investment Authority Berhad (TIA) was mooted when Jho Low took the sultan to Abu Dhabi to witness the workings of Mubadala business?

Shahrol Azral: Not to my personal knowledge … because I don’t know what Jho Low might have said to Najib.

Asked whether he agreed that the sultan was impressed with Jho Low’s introduction of Mubadala, the witness replied, "Correct".

To another question, Shahrol Azral said he trusted Jho Low and 1MDB executive director Casey Tang (above, right) from 2009 up to 2015 because there was nothing untoward in their actions (in 1MDB).

The witness said he studied at the Royal Military College from 1983 to 1987, that he did quite well and won the Director of Studies Award when he completed Form Five in 1987.