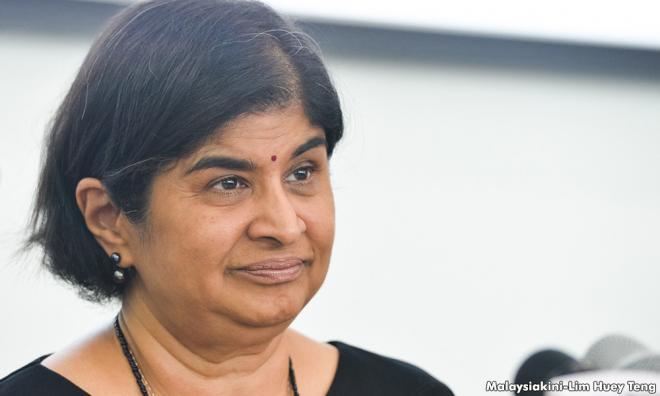 When the search found no evidence to support his argument, the activist, who claimed to have 50 reasons in order for Umno not to return to power, added another to her list.

“Do you base anything you say on facts?” she asked Asyraf.

“To be fair to you, I tried looking for those pesky things called facts to support your statement. Just could not find them. I had 50 reasons why you and your party should never come back into power. Now I have 51,” she tweeted this evening.

Speaking to Malaysiakini later, Ambiga said leaders have a responsibility not to mislead the public.

“Now we see too much of this happening with no regard for the consequences,” rued the former Malaysian Bar president.

On the same note, Ambiga believes that these leaders know that their claims are fraudulent, which are designed to sow discord.

“Further, I truly believe those who utter such baseless statements know exactly what they are doing. If so, they are acting in utter bad faith.

“We should ensure they never win their seat in the next election,” she added.

In a Facebook posting earlier, Asyraf (photo) had accused certain PKR and DAP leaders of insulting the Malays and challenging their special position.

As for Lim and Pua, he argued that their positions in the Finance Ministry led to the perception that the economic interests of the Malays and bumiputera were eroding.

“Umno Youth once again urges Mahathir to do the right thing before it is too late to reunite the Malays by removing DAP leaders and certain racist PKR politicians from his government in order to restore Malay dignity as mentioned in the Malay Dignity Congress,” he said.

However, Asyraf did not name any PKR leaders in his posting.

DAP veteran Lim Kit Siang has often complained about how hate speech and fake news, especially on social media, were creating racial divisions and becoming a stumbling block to nation-building.

The predominantly Chinese political party is often the target, with detractors accusing its leaders of seeking to dilute the position of the Malays and Islam in Malaysia.