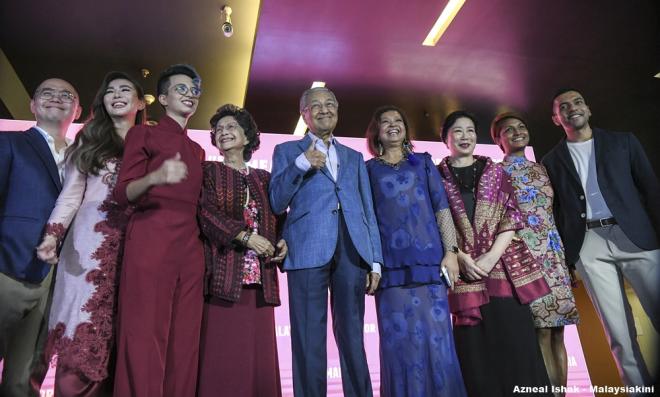 'M for Malaysia' chosen as country's submission for Academy Awards

The film ‘M for Malaysia’ has been chosen to represent Malaysia at the 92nd Academy Awards for the best international feature film category.

According to the film’s co-director and producer Dian Lee, M for Malaysia’s success was not only a moment of pride for her team but a “paradigm shift” for those in the local film industry.

“We are proud that the work of local talents has been elevated to the international scene.

“We never expected our efforts to produce the documentary film would go this far.

“The success would have also been incomplete without the cooperation with Astro Shaw,” she said in a statement.

The film was produced by Project M Media, while marketing and distribution were conducted by Astro Shaw. It was screened for four days beginning Sept 12.

The documentary revolves around the birth of “New Malaysia” from the run-up to the 14th general election until the formation of the Pakatan Harapan-led government last year.

M for Malaysia co-director and producer Ineza Roussille - who is also Mahathir’s granddaughter - also expressed joy over the achievement.

“I’m glad M for Malaysia would be representing Malaysia.

“I hope this success would provide more space for local documentaries to expand beyond borders,” she said.

Meanwhile, Astro Shaw and Nusantara chief and vice president Raja Jastina Raja Arshad said the film’s success is a tribute to the country.

She said it proves even local documentaries can earn a place on the world stage, thus raising the Malaysian film industry to a higher level.

“For us, this opens the door for local productions to become better known by people outside (the country).

“Astro Shaw as the distributor and marketer is fortunate to have Project M Media to trust our expertise and cooperate for this documentary.

“The journey to this prestigious award selection is an indirect vindication of our best efforts.

“We wish to thank the National Film Development Corporation for giving the chance for this documentary to vie for a prestigious award,” she said.

For the record, M for Malaysia had received an encouraging reception following its premier at several international venues, namely the CAAMFest in San Franciso, DocEdge in New Zealand, and the Busan International Film Festival on Oct 3.