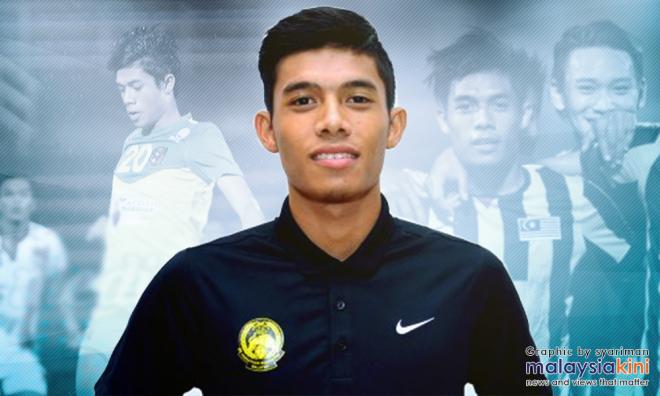 National football team striker Muhammad Syafiq Ahmad has fired the first salvo against Vietnam, declaring that Malaysia is not intimidated by the opponent's reputation and will be gunning for a win at the My Dinh National Stadium in Hanoi tomorrow.

The 24-year-old player said the Harimau Malaya squad are well prepared for what is expected to be an explosive match, buoyed by their commendable performance since the opening group match against Indonesia last month.

“My team-mates and I are confident that we can achieve something here after losing to them (Vietnam) twice in the AFF Cup 2018; this time we come here not to lose again.

“We will be going all out for a win,” he told reporters after a pre-match press conference at the Vietnam Football Federation (VFF) headquarters in Hanoi today.

On paper, Vietnam is the favourite tomorrow as it is ranked 99th in the world compared to Malaysia’s 158th position, and the Vietnamese will be backed by the home crowd.

However, if Malaysia can keep up the form they showed in losing narrowly 1-2 to the United Arab Emirates (UAE) at the National Stadium in Bukit Jalil and beating Indonesia 3-2 at Stadium Gelora Bung Karno in Jakarta last month, it is not impossible for Tan Cheng Hoe’s squad to pull off a win.

Despite his optimism, the Johor Darul Ta'zim (JDT) striker has a word of caution for his teammates - be fully focused and don’t make careless mistakes which could allow their opponents to score.

"We know Vietnam is a good team, strong in every position. We should avoid giving away easy goals; we should also make our opportunities count,” he added.

For the record, Malaysia won once, drew twice and lost seven times in their previous 10 meetings against Vietnam.

The last time they met in Hanoi last year, Park Hang Seo’s Vietnam squad won 1-0 in the final second leg to lift the AFF Cup 2018 on a 3-2 aggregate.