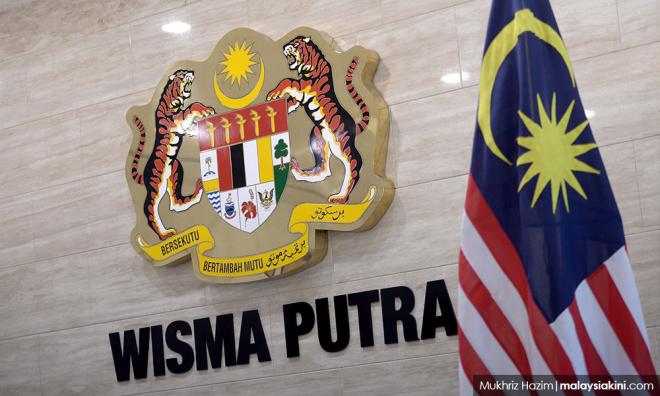 The Consultative Council on Foreign Policy (CCFP) which held its second meeting today focused on the action plan to implement the essence of new Malaysia’s foreign policy framework.

The Foreign Affairs Ministry (Wisma Putra) in a statement today said the consultative council had agreed in principle with the action plan which outlined the ministry’s priorities in line with its commitment expressed in the framework.

The approved action plan will also form the basis for the drafting of the ministry’s strategic plan for 2021-2025.

The meeting also discussed the United Nations’ 75th anniversary in 2020 as well as issues that were to be highlighted by Malaysia next year.

"The consultative council has basically agreed with the proposed issues that would be Malaysia’s priority in 2020 at the UN such as reinforcing the spirit of 'multilateralism', particularly in regard to the UN security council reform.

"Malaysia will also participate in various programmes such as the Beijing+25 Summit and Non-Proliferation of Nuclear Weapons Review Conference 2020," Wisma Putra said.

The second meeting since the establishment of the CCFP was approved by the cabinet on Oct 10, 2018, and chaired by Foreign Minister Saifuddin Abdullah.

The consultative council is a manifestation of the government's commitment to further strengthen its cooperation with the civil society as a major stakeholder, towards a more transparent, open and inclusive foreign policy framework.