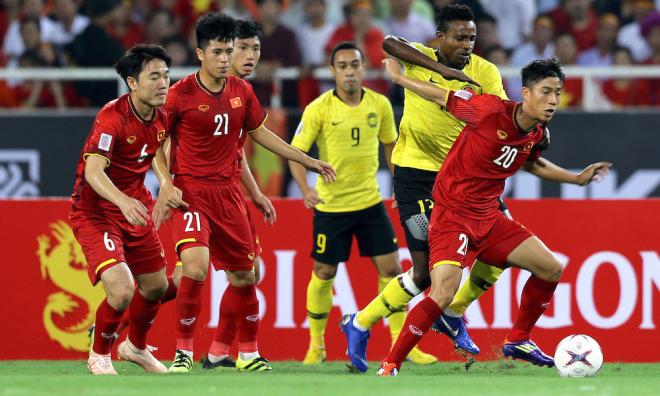 M'sia go down narrowly to Vietnam in football qualifier

Malaysia suffered its second consecutive defeat in Group G of the 2022 World Cup/2023 Asian Cup Second Qualifying Round after going down 0-1 to Vietnam in at the My Dinh National Stadium in Hanoi tonight.

Forward Nguyen Quang Hai emerged as the home team's hero of the night after slotting in Que Ngoc Hai’s brilliant long pass in the 39th minute to help Vietnam secure its first win of the campaign.

Malaysia’s only dangerous move came in the 10th minute through Muhammad Syafiq Ahmad’s header from a corner kick, which caused panic in the Vietnam goalmouth.

Malaysia will next host Thailand on Nov 14 and Indonesia (Nov 19) at the National Stadium in Bukit Jalil as the Harimau Malaya continue its quest to book a slot in the third round of the qualifiers.