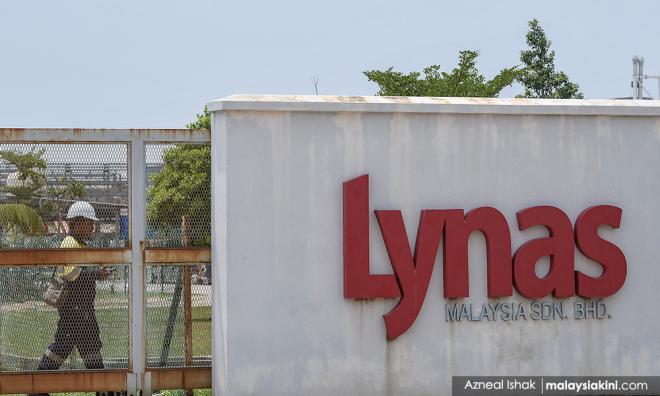 Lynas in the cross hairs of US-China trade war

COMMENT | The Trump administration’s launch of its trade war against China some eighteen months ago has had wider implications. It has not only escalated into a wider dispute between the two countries; it has led to trade distortions with ramifications for a broad set of countries.

Supply chains that had been created as part of the globalisation effort have been disrupted. Third countries, Malaysia included, have been adversely affected.

Malaysia becomes vulnerable in two critical ways. At the broadest level, as a trading nation, Malaysia is affected by the turbulence in the global trading environment resulting from the actions of the world’s two largest economies.

The US-China dispute has led to a fracturing of supply chains. Illustratively, Malaysia exports electronic parts to China. These parts are then incorporated into finished products which are in turn exported to the US.

With the U.S. imposing tariffs on Chinese exports, the demand for the finished products decreases and this, in turn, leads to a drop in the Chinese imports from Malaysia. This example highlights how supply chains work as a result of globalisation. Consequently, the US-China dispute would create upheavals in the trading patterns involving other countries, including Malaysia.

A case in point is the impact on the highly controversial Australian-owned Lynas Corp operating a rare earths processing plant located within the Gebeng Industrial Estate in Kuantan.

A Japanese sogo sosha finances the Australian-owned Lynas Corp facility - the Sojitz Corporation. The latter was joined by Japan Oil, Gas and Metals National Corporation (Jogmec), a government body that invested US$250 million to enable Lynas to produce 850 tonnes of rare earths annually for ten years.

Both Lynas and Sojitz Corporation entered into an agreement in 2010 to reduce Japan’s reliance on China as a source to meet Japanese demand for rare earths. This was the year when Beijing had cut rare earths exports by 40 percent and blocked Japan-bound shipment of the minerals over the issue of the dispute concerning the Sensaku islands.

Sojitz and Jogmec again pumped money to save Lynas from collapse. As such, Lynas has yet to benefit from the pioneer status granted by the Malaysian government.

China, on the other hand, produces almost 80 percent of the global output of rare earths. Malaysia finds itself embroiled in the midst of the US-China trade war alongside other friendly nations like Japan and Australia. Past threats by China to cut off exports if acted upon, would make the Lynas facility a critical source of supply of rare earths for Japan and its long-time ally, the US.

All three powers had over the past few decades been among the top five trading partners and investors in Malaysia. Malaysia, therefore, is likely to be vulnerable to pressures exerted by these major economic partners. Such a scenario does not seem farfetched and has been the subject of speculative analysis by Stratfor Worldview, a “geopolitical intelligence platform” based in Texas.

Malaysia has reverted to a “Look East Policy” and is attempting to balance her relationship with these three major powers. The prime minister has visited Japan thrice and successfully secured a ten-year samurai bond for the amount of US$1.8 billion. There appears to have been a quid pro quo by protecting Japanese investments in Lynas by allowing the company to continue its operations despite the strong opposition mounted by Malaysian activist groups.

The latter have based their opposition on the grounds of the environmental hazards posed by arrangements for disposal of radioactive waste. At the same time, Malaysia has ensured that US demand for rare earths will be met from the Kuantan facility.

Last but not least, Malaysia has hedged its bets with China by restoring certain key projects which had initially been cancelled. The US-China trade war may be a battle between two global giants, but as the saying goes, when elephants fight, it is the grass that gets trampled.

The writer is executive director, International Institute of Public Policy and Management (Inpuma), Universiti Malaya. She is a professor of business history at the Department of History, Faculty of Arts & Social Sciences, Universiti Malaya.