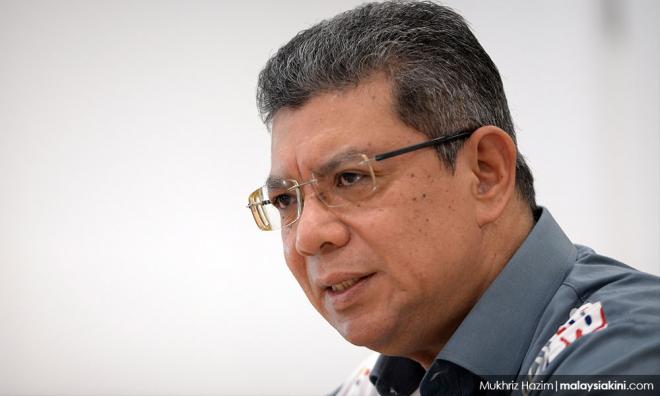 The issue of the detention of two DAP state assemblypersons for purported involvement with the Tamil Eelam Liberation Tigers (LTTE) terrorist group was discussed by the leadership of Pakatan Harapan.

Harapan secretariat chief Saifuddin Abdullah, however, said that the case was discussed informally yesterday, and for the time being, no decision had been made.

"We will wait for the completion of the investigation report and will follow all the existing procedures," he told reporters after launching a Diabetes Awareness Campaign at Dewan Indera Mahkota 2 in Kuantan today.

The two were part of a group of seven individuals who were said to be involved with the LTTE group, which was set up to fight for the independence of the Tamil Eelam region in Sri Lanka.

Saifuddin also said that Wisma Putra, with the close cooperation of the relevant enforcement agencies, always followed developments of the LTTE, just like the other groups of terrorists.

"We evaluate, and there are many things we look at, such as the definitions of terrorism itself which are given by other countries or international bodies which may differ and do not meet our stand.

"For example, Israel regards Fatah and Hamas as terrorists but we do not, and even though the official Palestinian embassy is the Palestinian Liberation Organisation (PLO), namely, Fatah, we also have ties with the office set up by Hamas representatives in Kuala Lumpur," he said.

In addition, Saifuddin also said some terrorist organisations must also be seen that from being radicals they had changed to moderates, had participated in their countries’ general elections and making them no longer definable as terrorists because they had become political parties.

Saifuddin said a very cautious approach in defining the word terrorist needed to be taken because groups that were labeled as such before this had been buried, leaving behind only a small fragment of supporters.

DAP rep furious at Perlis mufti for calling party a national 'threat', 'cancer'
12 Oct 2019
IGP: Police are being fair, sticking to SOP in terror probe
12 Oct 2019
Saravanan on LTTE arrests - guilty must pay, innocent must not be mistreated
12 Oct 2019
The rule of law must prevail
12 Oct 2019